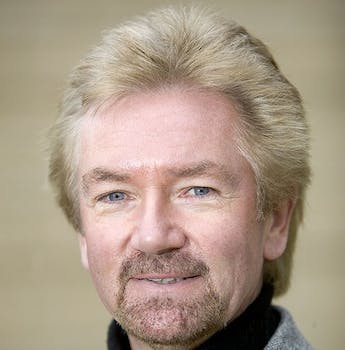 The Deal or No Deal host hired a firm to track down the creator of the Facebook page, “Somebody please kill Noel Edmonds.”

When you’re being attacked by someone on the Internet, there are a number of ways you can fight back. Getting dragged into the gutter for a slug-fest is one, another is making a police complaint.

Noel Edmonds, host of the U.K. version of Deal or No Deal, took matters into his own hands when a Facebook user started a page called “Somebody please kill Noel Edmonds.”

Edmonds asked the site to close the page but was told by Facebook that pages are only closed following a police complaint. Rather than heading to the authorities, Edmonds decided to find a more positive way to resolve the situation since he “didn’t want to see that person’s life ruined with a criminal record.”

The 63-year-old hired a firm that monitors cyber-bullying in social media to track down the person behind the page and help set up an in-person meeting. The company got in touch with Facebook and tracked down the owner of the page, who turned out to be a Ph.D. student at Canterbury Christ Church University in Kent, England.

Edmonds set up a meeting with the student in exchange for not reporting him to police. The man could have faced charges of incitement to violence.

“When we met I could see the guy was terrified and remorseful,” Edmonds said, according to The Independent. “I thought it was brave of him to come to meet me and say he was sorry and I think something could come out of this – where people realise that just because someone is famous or in the public eye, they are people too.”

With police in the U.K. becoming ever vigilant about hate speech, inciting violence, and trolling within Web communities, would-be Internet trolls should be a little more careful about what they write online.

There’s a fine line between expressing distaste and taking comments a little too far. Thankfully for this Internet troll, Edmonds offered a deal he couldn’t refuse.