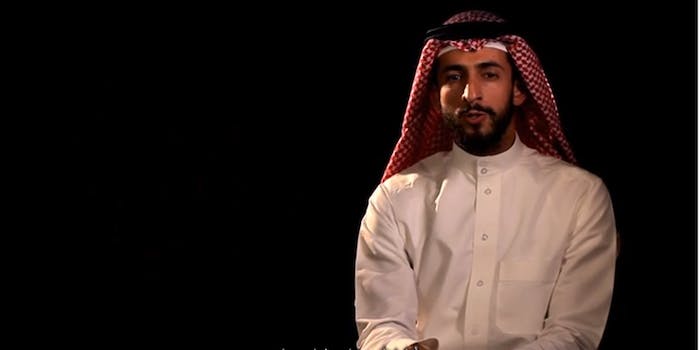 ‘No Woman, No Drive’ lampoons Saudi culture with perfect harmony

In a day of courageous protest, dozens of Saudi women got behind the wheel on Saturday. This video is for them.

In a day of courageous protest, dozens of Saudi women got behind the wheel on Saturday, defying authorities who refuse to issue licenses to female drivers in the country.

The campaign was weeks in the making and, by any account, a tremendous success. Activists received video confirmation of 13 drivers and an additional 50 phone messages from women who claimed to have participated.

The following video by self-described artist and activist Hisham Fageeh and his friends, Fahad Albutairi and Alaa Wardi, was released in part to raise awareness for the protest. Which means it’s OK to laugh. And trust me, you will.

“No Woman, No Drive,” a parody of one of Bob Marley’s most iconic songs, is social satire at its finest. It’s brutal in its honesty—with lines like “Your feet is your only carriage, but only inside the house”—and pitch-perfect in execution.

The video also doubles as commentary on YouTube’s saturated one-man band genre. At one point, the dude scratches his thick beard as if it’s a tambourine shaker.

On YouTube, satire has become a powerful form of social protest. In September, a scathing critique of India’s rape culture, called “It’s Your Fault,” clocked 2.7 million views, raising awareness locally and with a Western audience.