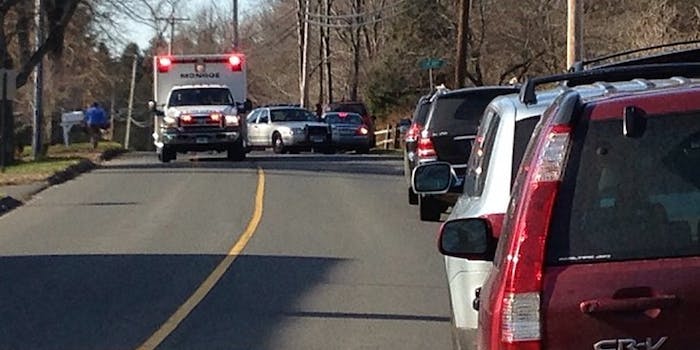 At least 27 people, including 18 children, are reported dead following an elementary school shooting in Newtown, Conn.

At least 27 people, including 18 children, were reported dead following an elementary school shooting in Newtown, Conn.

The principal of Sandy Hook Elementary was among the dead, police confirmed. The gunman, wearing a bulletproof vest, opened fire at around 9:30am ET. The Associated Press cited a law enforcement official’s report that the shooter was a man in his 20s with ties to the school. The gun used in the attack was a .223 caliber rifle, according to the report.

Police confirmed the shooter was dead and inside the building. They added that the scene is secure and there are multiple fatalities.

President Barack Obama expressed his sympathies to Connecticut Gov. Dan Malloy and is likely to address the situation later on Friday.