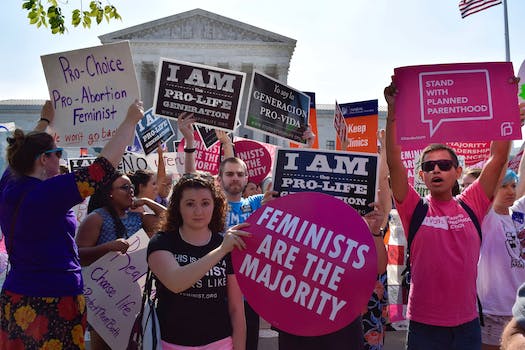 Republicans seek to ban abortions past 20 weeks of pregnancy.

According to NJ.com, state Sens. Steven Oroho (R-Sussex) and Joseph Pennacchio (R-Morris) introduced the bill about seven months ago but held a statehouse press conference Monday to draw attention to the bill, building on the momentum of Donald Trump’s presidential win.

“Make no mistake, when a legislator gets up, or Donald Trump gets up and starts talking about a child have [sic] a right to exist and not feel pain, that empowers all of us. We leave this room feeling a little stronger,” Pennacchio said at the conference.

Throughout his campaign, President-elect Trump took an anti-abortion stance. In a 60 Minutes interview after the election, Trump said he would appoint a pro-life justice to the Supreme Court and if Roe v. Wade was overturned, abortion laws would “go back to the states.”

SB 2026, if passed, would prevent women from getting abortions after 20 weeks from the date of fertilization. The bill grants exceptions for pregnant women whose lives may be at risk as a result of the pregnancy, or whose preexisting physical illnesses may compromise her health during the pregnancy. An exception is also granted to women who have reported rape and meet the following requirements:

“If the rape has been reported at any time prior to the abortion to a law enforcement agency or to Department of Defense victim assistance personnel, and at least 48 hours prior to the abortion, the patient has obtained counseling for the rape, provided that the counseling may not be provided by a facility that performs abortions unless that facility is a hospital; or the patient has obtained medical treatment for the rape or an injury related to the rape.”

The 20-week number comes from widely discredited research that a fetus starts feeling pain around that time. The American Congress of Obstetricians and Gynecologists issued a report three years ago saying:

“Pain is ‘an emotional and psychological experience that requires conscious recognition of a noxious stimulus.’ This capacity does not develop until the third trimester at the earliest, well past the period between 20 weeks and viability.”

Because Democrats are the majority party in the current New Jersey legislature, the bill is unlikely to pass.