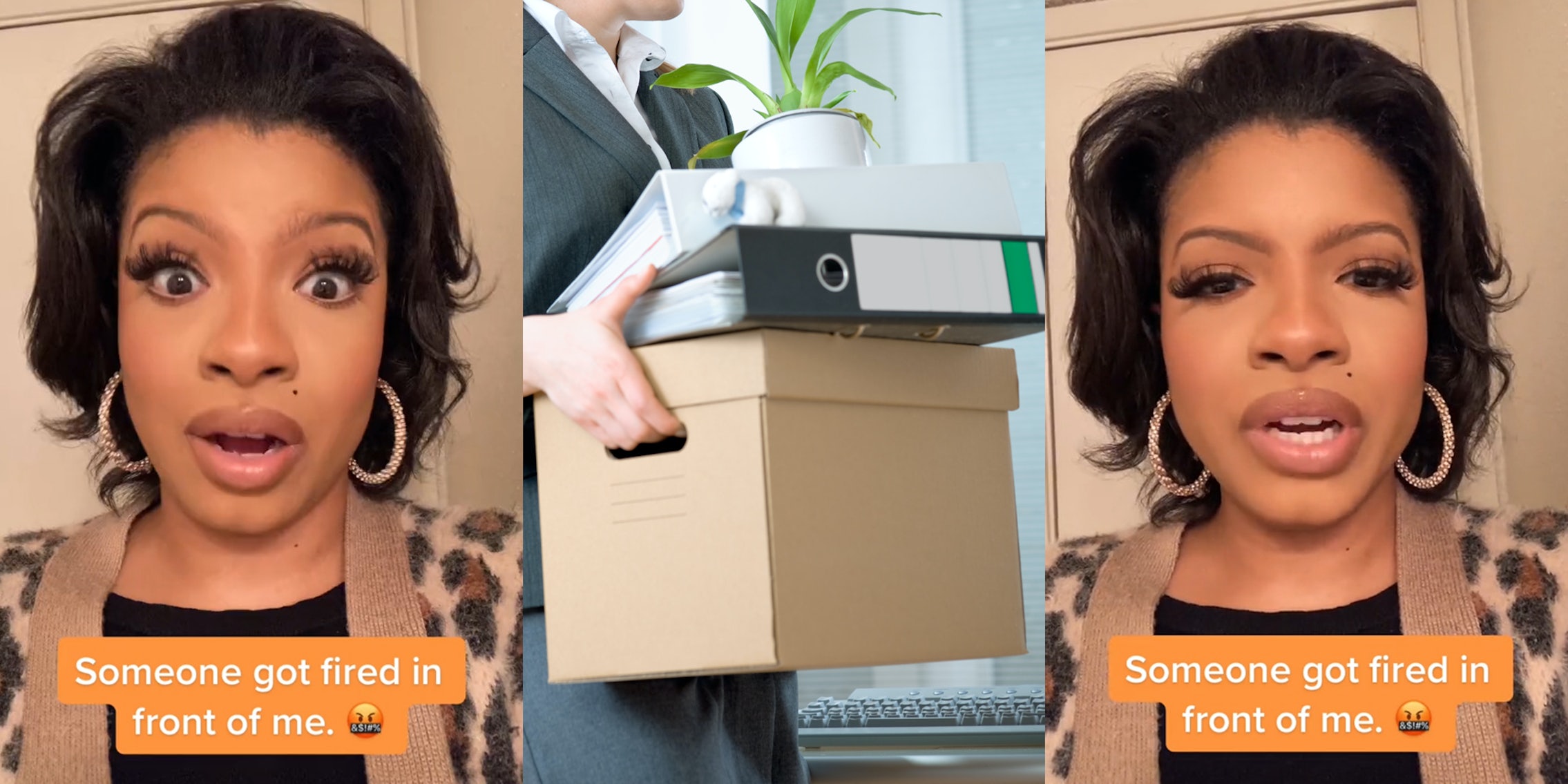 “The red flags were waving!’: Woman says she left new job a week after starting when coworker was fired in front of her

Everyone agreed that professionalism is dying.

A woman went viral on TikTok after claiming one of her co-workers was fired in front of her on just her sixth day on the job.

The experience unnerved her so much it prompted her to quit.

The video features user @rougeworld5 as she recounts the experience. According to her, the incident took place just “an hour” before the video was uploaded.

At her job, which is unidentified, she said she started off with two weeks of virtual training and arrived at the job for the start of the second week. @rougeworld5 said she clocked in and started her virtual training when her manager “comes in the back” and “brings one of my co-workers in.” From there, it goes downhill, with the manager apparently telling the co-worker, “you haven’t been coming in like you were supposed to and so if you have any keys or anything, you’re terminated.”

This clearly catches @rougeworld5 off guard, witnessing her co-worker get fired on the spot. She said she was lucky her computer was on mute, as others might have heard in the virtual training session.

This leads the content creator to complain about professionalism and how it’s become nonexistent, especially after COVID-19. In her mind, people have “gotten lazy and everybody is hella unprofessional.”

This also takes a dark turn, as @rogueworld5 said, “this is the reason why people are be shooting up places” and condemns the manager for firing the co-worker in public, which could have upset the person tremendously.

“She coulda came back and popped everybody up in here.”

She urges people to talk to their managers to prevent this.

Managers are “putting people at risk,” she added, detailing why she would never be going back to that job.

The video was viewed over 86,000 times as of Friday, resonating with viewers as they agreed with @rougeworld5 about professionalism being dead.

“You said a whole word. Professionalism is next to nonexistent. They put anyone in leadership role,” one viewer wrote.

“I swear their professionalism went out the window. Don’t let you give the energy you receive. You’re the one out the door not them,” a second agreed.

“You nailed it professionalism is in a struggle!” a third echoed.

Some even believe that the company did this deliberately to convey a message to @rougeworld5.

“I almost feel like she did that in front of you on purpose to be like ‘this could be you if you do the same thing.’ Instead of being professional,” one suggested.

“She did that as an example to you. It was meant to be a message to you,” a second concurred.

Others praised her for dodging a bullet since the job environment sounded toxic.

“I’m glad you got out. That was not right. That’s lack of respect to the person being released, to you and to the company,” one person said.

“The red flags were waving! Glad you saw the warning signs,” a second commented.