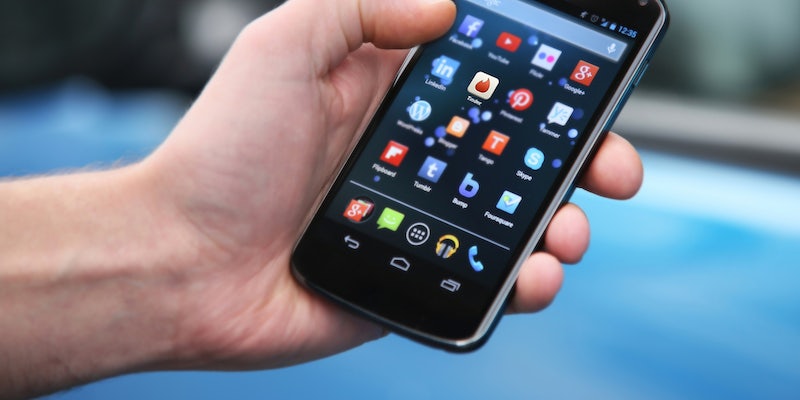 Sorry, ladies—that doesn't mean there are actually more eligible men out there.

More than 90 million people are looking for love (or hookups) on location-based dating apps like Tinder—and most of them are men, according to a new study.

The prospect of men outnumbering women on dating apps may come as good news for those who are hoping that the adage “there’s plenty of fish in the sea” is true for the likes of Tinder, especially because there are slightly more women than men in the United States. However, that’s really not the case.

To put things into better perspective, think of it this way: For every two women on these location-based dating apps, there are roughly three males to date. And if you’re a woman over the age of 35 looking for an older, more established man-friend, you’re out of luck: The company’s research also found that 70 percent of dating app users are between the ages of 16 and 34.

So what can we learn about dating apps from this study? Nothing we don’t already know, really. But if you’re hoping to find more prospects, you may want to take “location-based” a little more literally and consider moving to a state where the gender ratio skews slightly more in your favor.