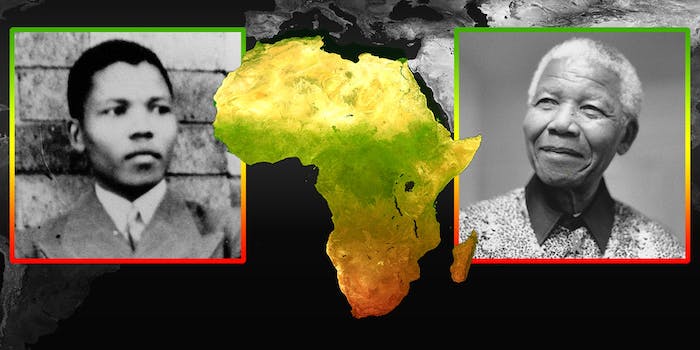 When a person becomes an icon, he or she becomes outsized and at the same time gets reduced to simple, memorable tropes. He could not tell a lie, for instance, or she ran the underground railroad, or he didn’t shoot until he saw the whites of their eyes.

Another great man is on the verge of this phenomenon. Nelson Mandela has died at age 95 from a recurring lung infection he first contracted during his time at South Africa’s Robben Island prison.

Mandela, more than any other single person, was the face of the fight against apartheid. He was the first popularly elected president of the Republic of South Africa and is widely thought of as the father of South African democracy.

Both Mandela himself and the struggle against apartheid are so important to the world’s imagination that a number of digital resources have been launched in the last several years. These tools might help, a bit, in retaining a sense of Nelson Rolihlahla Mandela as a human being, a man, husband, father, and friend, as a being subject to despair and grief, who laughed and cursed, as a man who existed within a real, finite geographical and historical context.

Hopefully these tools will also keep alive a sense of the depth and length of the apartheid struggle, its multiplicity of agents and a bit of the grey in addition to the simplistic black and white of any historical moment.

The Nelson Mandela Centre of Memory

The website is an attempt to make the Nelson Mandela Foundation’s brick-and-mortar center, located in Johannesburg, South Africa, accessible to the whole world.

It was launched last March with about 2,000 documents, from photographs to excerpts from Mandela’s prison diary, from letters to friends to earlier versions of published writing. The Centre has its own YouTube channel as well.

Of particular note are “The Last Warder,” about Mandela’s last prison guard and “Young People” on Mandela’s focus on the next generation of South Africans.

A deeper archive is available behind the exhibits. 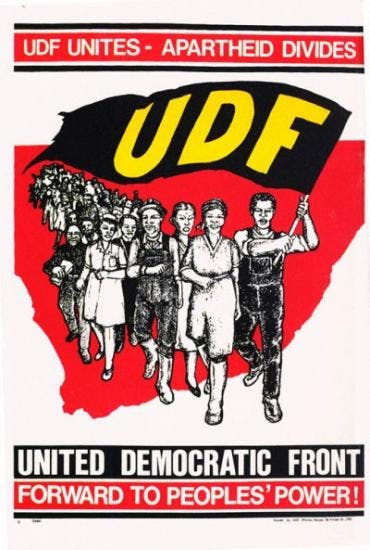 The SAHA collections consist of documents, posters, photographs, ephemera, oral histories, and some film and video that has been donated “by individuals and organizations involved in past and ongoing struggles for justice in South Africa.”

Although most of the collection is physical, and housed in the SAHA offices in Johannesburg, some of the material is available online, including quite a bit of digitized material on Mandela himself, including speeches, posters, and political cartoons.

Traces of Truth, co-developed by SAHA and the University of the Witwatersrand, is the website for the groundbreaking Truth and Reconciliation Commission.

“Described as the largest survey of human rights violations undertaken anywhere in the world,” the site reads, “the TRC has become the key instrument in democratic South Africa’s interrogation of its apartheid past.”

Based on South Africa’s experience developing theirs, TRCs have become a tool for countries who have passed through civil strife.

The site has an extensive online collection of testimony and related materials, arranged by category. It allows users to select plain text or to review the materials in facsimile, via JPEG images.

Digital Innovation South Africa is “freely accessible online scholarly resource focusing on the socio-political history of South Africa, particularly the struggle for freedom during the period from 1950 to the first democratic elections in 1994.”

DISA, the first fully national (as opposed to regional or institutional) archive project in South Africa, has extensive information, including detailed biographies and supporting materials, on many participants in the anti-apartheid struggle. Steve Biko’s section is particularly moving. Letters from and interviews with the man bolster the description of his life.

Unfortunately, it is a slow-loading site and some of the links, including information on the notorious “room 619” (a room where Biko was beaten to death by police) seem to return error messages.

Once they load, however, the archives naturally contain a tremendous number of documents about Mandela.

Part of Google’s “Cultural Institute,” an aggregation of historical materials available online and organized around topics, GCI South Africa is a great jumping-off point for anyone interested in Mandela the man, the history of apartheid, and the struggle against it.

The Cultural Institute contains millions of items, including 6 million photos from Life magazine’s collection and others from Getty Images. It is as robust an aggregation as it is unwieldy.

One of the greatest tools available on the Apartheid Museum are the downloads. You can download PDFs of teaching materials both for students and teachers, including workbooks and textbooks. You can also download individual chapters.

It also provides an overview of apartheid and of South African democracy via a permanent online exhibit. Other exhibitions include, for obvious reasons, a large-scale exploration of the life of Nelson Mandela.

“Mandela has been central to every stage of South Africa’s epic struggle against apartheid,” reads the introduction, “from formulating a new approach in the 1940s to leading the mass struggles of the 1950s, from the formation of Umkhonto we Siswe in the early 1960s to imprisonment for 27 years. He initiated and led negotiations in the 1990s, and served as the first President of a democratic South Africa. He built a new nation from the fragments of conflict.”

The trust for Liliesleaf Farm, the former headquarters of Umkhonto we Sizwe, the military wing of the ANC and the Congress Alliance, maintains a wonderful online museum to match its physical facilities. It was here Mandela was arrested on terror charges during the Rivonia raid.

Purchased by the South African Communist party as a safe house, it was raided in July of 1963, and that raid led to very long sentences for some of the prominent leaders of the struggle against apartheid, including Nelson Mandela, Denis Goldberg, and Walter Sisulu.

Next month marks the 50th anniversary of the Rivonia raid.

Of note is the online gallery, which allows you to view but also download photo sets of, say, police raids in the Sixties. There is also an interesting modern archaeology exhibit recounting the “uncovering” of the farm and its restoration.

The history of apartheid looms large in this museum devoted to the island and prison where Mandela famously spent 20 years. Many other leaders of the struggle against apartheid also served sentences here, including Robert Sobokwe, Murphy Morobo, Amos Mosondo, Jacob Zuma and Walter Sisulu.

The site also offers educational programs (not online, alas) and descriptions of exhibits.

This piece was originally published June 27, 2013. It has been update to reflect Mandela’s passing.