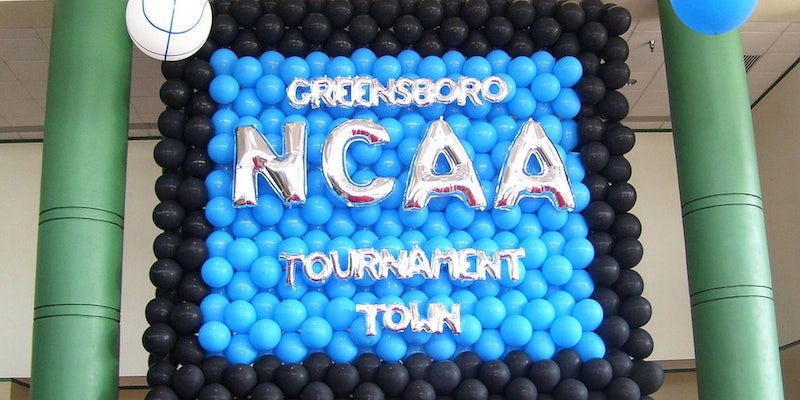 The NCAA is following in the NBA's footsteps.

Less than two months after the NBA pulled its All-Star game out of Charlotte because of North Carolina’s passage of an anti-LGBT bill, the state has lost major support from the NCAA.

The NCAA announced Monday that the college sports organization would yank all seven championship events during the 2016-17 academic year from the state because of North Carolina’s HB2 law. That law, which passed in March, prohibits cities and counties in the state from passing regulations that protect those in the LGBT community. It also originally barred transgender people from using the bathrooms of their choice.

The NCAA also noted that five other states and a number of cities already disallow public employees from traveling to North Carolina while representing public institutions.

In its decision Monday, the Board of Governors emphasized that NCAA championships and events must promote an inclusive atmosphere for all college athletes, coaches, administrators and fans. Current North Carolina state laws make it challenging to guarantee that host communities can help deliver on that commitment if NCAA events remained in the state, the board said.

“Fairness is about more than the opportunity to participate in college sports, or even compete for championships,” said Mark Emmert, NCAA president. “We believe in providing a safe and respectful environment at our events and are committed to providing the best experience possible for college athletes, fans and everyone taking part in our championships.”

In response, the North Carolina GOP sent out an unusual statement late Monday night, calling the decision an assault on female athletes and wondering when the NCAA would combine all teams into “singular, unified, unisex teams.”

Here's the NC GOP's response to the NCAA. I made sure it was not a parody account. pic.twitter.com/BD8Ak8Rx0q

For those asking, N.C. GOP statement was sent out through its official email: [email protected] I, too, thought it couldn't be real.

Here are the NCAA championship events that will be moved out of North Carolina, according to the organization.

Jay Lemons, vice chair of the NCAA’s Board of Governors, said in a statement: “Our membership comprises many different types of schools—public, private, secular, faith-based—and we believe this action appropriately reflects the collective will of that diverse group.”