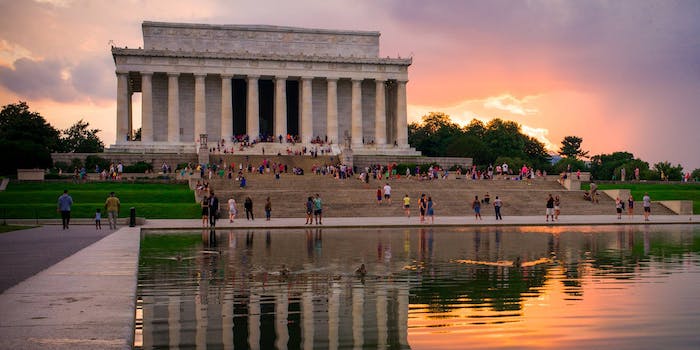 Here’s the deal with the Women’s March on Washington, according to the park service

It insists no one is trying to keep the march from happening.

There’s been a lot of confusion around the “Women’s March on Washington,” a demonstration planned for Jan. 21, the day after the inauguration, and an event in which almost 140,000 people have said they’re attending, according to Facebook. From the beginning of planning, the question of whether the march would have the permits to gather loomed, and participants were further worried yesterday when it was reported that permits to use the Lincoln Memorial were denied because of a “massive omnibus blocking permit” filed by the National Park Service.

Some suspected poor planning on the organizers’ part, and others thought that the incoming administration was actively trying to quash dissent. Now, the National Park Service is trying to clarify things on its Facebook page, saying that it’s just a matter of logistics.

“The Lincoln Memorial may not be available for additional permitted events on January 21 because the Presidential Inaugural Committee (PIC) and the American Constitution Society put in permits for that space before the Gathering for Justice group,” writes the park service, as it assures everyone it is “accommodating the free speech rights of protesters and supporters.”

However, when one commenter pointed out that such advanced registration seemed strange, the NPS responded that “in previous inaugurations, the Presidential Inaugural Committee has withdrawn portions of their application, which does free up the space for the next in line in the permit queue.” Trump’s administration appears to have not withdrawn any portions of the application.

The organizers of the Women’s March say it will take place in Washington, D.C., one way or another.