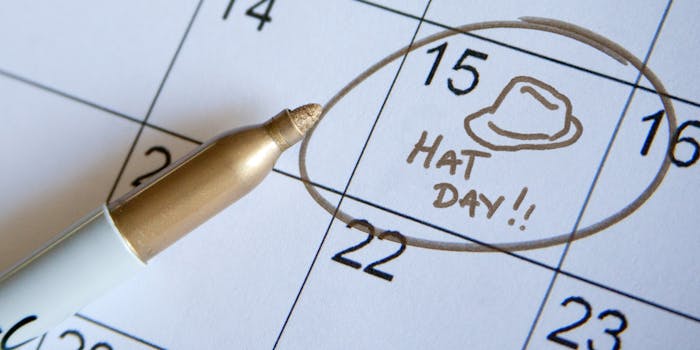 It happens behind the scenes n a VHS-digitizing business.

Jan. 15 is National Hat Day. Nov. 2 is National Deviled Eggs Day. June 19 is National Martini Day and National Flip-Flop Day. But why—why do these so-called holidays exist? And who creates them?

The answer is almost as strange as the days themselves.

It is not some governmental arm making these determinations, but a four-person committee operating out of a North Dakota VHS-digitizing business called Zoovio.

The National Day Calendar is another branch of this business, bringing in about $50,000 a year for doing little more than printing up official-looking proclamations that a certain day should be remembered a certain way. 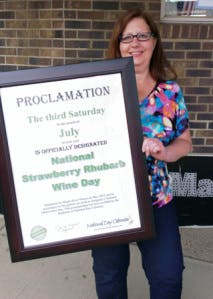 For $1,500, you’ll receive a framed proclamation to commemorate your day. For $2,500, the company will also help you talk to the media about it. If you want to make it into something really special, for $4,000 and travel expenses, Zoovio co-owner Marlo Anderson will make the trip to present your proclamation in person.

Suppose you loved the ’90s cop show Nash Bridges so much that you wanted to see March 29 (the date of the show’s 1996 premiere) remembered as “National Don Johnson Day.” Surely the rugged gentleman who portrayed a know-it-all San Francisco cop is deserving of his own day. Surely. Right?

Wrong. If “National Sean Connery Day” was deemed too narrow to become an official holiday, then the same fate no doubt awaits “National Don Johnson Day,” too. Sorry, Nash. We tried.

Amy LaVallie, one of the committee members who turned down the idea of National Sean Connery Day, said the trick to seeing your desired day become “official” is to pick one with far-reaching general interest, otherwise it’s likely to be rejected. And indeed that’s why the company’s site makes no reference to “buying” your day. You must apply for it.

This isn’t to say that you couldn’t get a holiday going on your own. By Anderson’s own admission, his company does nothing but “jumpstart” the idea, he told the Associated Press. The calendar fills an odd niche, serving as a compendium of novelty holidays for those in the broadcast industry desperate for ideas to fill airtime. Sometimes these holidays are mentioned on air, getting that much more of a push toward regular celebration.

It’s not the only home to unusual holidays, however. Chase’s Calendar of Events began in 1957 as an event reference guide for the media and has now become a password-protected website. In that time it has swelled to contain such oddball holidays as “Sneak Some Zucchini Onto Your Neighbor’s Porch Night.” It seems the folks at Chase aren’t terribly worried about lack of niche appeal—listings are submitted for consideration, but cost you nothing.

For those wanting to put down the unconventional yet healthy revenue stream that is the fake holiday industry, tell it to Mr. Anderson on Sept. 26 as he travels to New York to kick off National Dumpling Day, the most delicious of holidays.