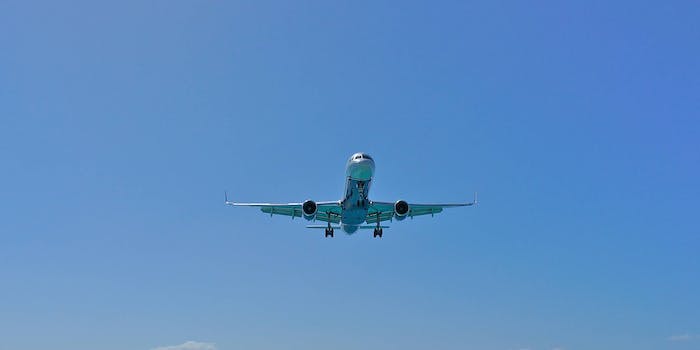 'Trump is here now. He will get rid of all of you.'

A Muslim employee of Delta airlines was attacked in her own office by a Trump-supporting passenger, who yelled, “You did nothing, but I am going to kick your [expletive deleted] ass,” according to a press release from the Queens District Attorney’s Office.

On Wednesday, Massachusetts resident Robin A. Rhodes approached Delta employee Rabeeya Khan, who was wearing a hijab, as she sat in her office in the Delta Sky Lounge at JFK airport. He allegedly demanded to know if she was “sleeping or praying,” then kicked the door to her office and kicked her in the leg.

“It is alleged, however, that Rhodes followed her and got down on his knees and began to bow down in imitation of a Muslim praying and shouted, ‘[Expletive deleted] Islam, [Expletive deleted] ISIS, Trump is here now. He will get rid of all of you. You can ask Germany, Belgium, and France about these kind of people. You will see what happens,’” said the release. Rhodes has been charged with multiple hate crimes.

The Southern Poverty Law Center counted 1,094 bias-related incidents in the month following the election, with 112 of those being anti-Muslim and 315 anti-immigrant. Many of the attackers cited Trump as an inspiration.

“The bigotry and hatred that the defendant is accused of manifesting and acting upon have no place in a civilized society—especially in Queens County, the most culturally diverse county in the nation,” said Queens district attorney Richard A. Brown. “Crimes of hate will never be tolerated here and when they do, regrettably occur, those responsible will be brought to justice.”