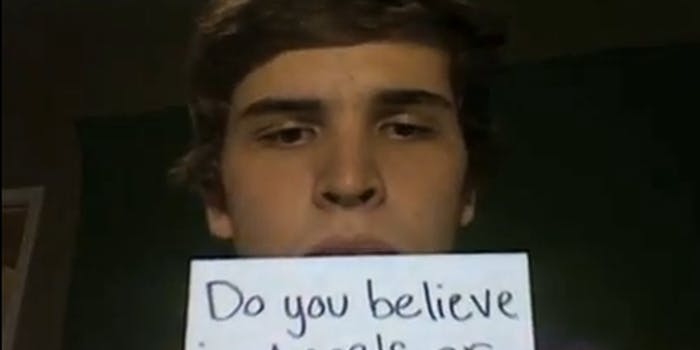 The world mourns the brave teen who touched the world with his heartfelt videos.

The funeral for Ben Breedlove at Gateway Church in Austin, TX just ended. But the legacy of the 18-year-old’s courageous life continues to spread and inspire online.

As previously reported by the Daily Dot, Breedlove suffered from a heart condition called hypertrophic cardiomyopathy that made it difficult to pump blood. A week before his death on Christmas day, the high schooler posted an bittersweet eight-minute video to YouTube that told his life story with profound humility and grace.

Broken up into two parts, the videos have been viewed nearly 2.5 million times—nearly double the amount measured yesterday.

A Go Fund Me drive to benefit Breedlove’s family has already raised $3,402, mostly through small donations, like the $10 that Aviva gave.

“Ben, your video was beyond touching,” she posted along with her pledge. “You will be missed. I wish you could know how much of a positive impact you’ve made. Sending lots of love through the internet to your family and friends.”

During his funeral on Thursday afternoon, his name was also a trending topic on Twitter, mentioned more than 3,000 times in the last three hours, according to Topsy, a social media search engine.

That included posts from Kim Kardashian and Jennifer Love Hewitt, who wrote, “Ben Breedlove may you find peace and angels all around you! God bless.”