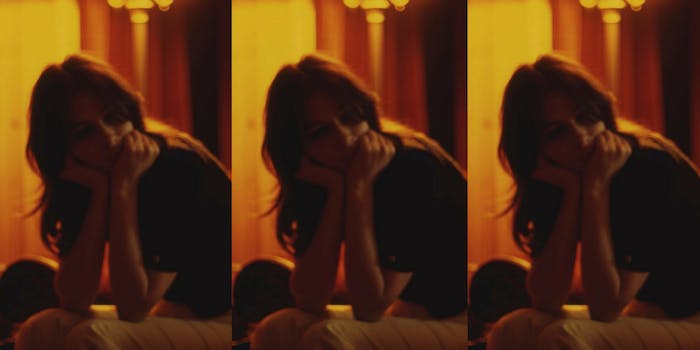 'Mothers Before' explores a time in Mom's life that kids often dismiss.

On Sunday, Mother’s Day, we celebrate the women who quite literally (and figuratively) gave life to us. But what about the women, the same women, they were before answering to “mama”? The women who lived their best single lives, young and vivacious,  just like you do today?

“Mothers Before,” an Instagram account dedicated to the snippets of our mothers’s lives pre-mom status that we rarely explore, collects these snapshots and stories from daughters, and asks the question, “Who was your mom, before they were anyone’s mom?”

"My mom was born and raised in a very poor neighborhood of Hong Kong called Diamond Hill and, as the oldest of four, had to help raise her siblings. She is the kindest, most thoughtful, creative (she made this entire outfit!), patient person I know and is quick to laughter–which makes this photo really funny because she was so self-conscious about smiling when she was younger (18 years old in this case)!" –Vivian, about her mother, Connie

"This is my mother before she was my mother, playing softball with a bunch of guys she knew from her work in the movie business. This is pretty much exactly how I imagine that part of her life: casual Saturday afternoon beer and ballgames, paling around with the boys. She was such a low-key babe!!" –Zan, about her mother, Darcy

In an opinion piece for the New York Times, writer and “Mothers Before” curator Edan Lepucki said the idea for the Instagram came after finishing her most recent novel, which involves mother-daughter relationships. Following a similar method followed by the character in her book, Lepucki called for women to share photos of their moms before they became moms on social media.

Along with short explanations of the women in the photos, daughters shared moments of their childless mothers being beautiful, goofy, and fierce. Women explained how they were able to connect the images to their present-day mothers—and themselves, too.

“What solace to know that time, aging, and motherhood cannot take away a woman’s essential identity. For daughters who closely resemble their moms, it must be an even bigger comfort; these mothers and daughters are twins, separated by a generation, and an old photo serves as a kind of mirror: How do I look? Even if there isn’t a resemblance, we can’t help but compare ourselves to our young mothers before they were mothers,” Lepucki wrote.

"She raised my brothers and me by herself, worked in health services for 40 years before "retiring" to become a kindergarten teacher. But here she's just a 19 year old girl with killer arms, waving to her father on the shore." –Marie-Helene, about her mother, Helene

"This is a picture my father took of my mother when they were newlyweds; she was 21. I think he saw her sadness as a beautiful thing, and it took her 20 years to realize that wasn't healthy." –Erin, about her mother, Paige

"My mom poses for a photographer friend on a fire escape in Rochester, NY, circa the early 80s. She doesn't rock many shiny cropped lavender pants these days, but when she did, she did with panache." –Emily, about her mother, Sue

Lepucki’s project reminds me of a photo of my own mother. In it, my Filipino mom, her hair in a short bob, face beaming, stands upon a ship deck floating through the English Channel. It’s July 8, 1989, and she and her three best friends are on a month-long excursion through Europe, a break from their lives in the United Arab Emirates. In her early 30s, my mom poses shyly as other members of their tour group mill about the deck. My father, a stranger from Texas who gifted himself the trip to commemorate his recent graduation, sits in the background, looking out to the horizon.

In my mother, I see my attraction to adventure, my value of female friendship, and my introverted excitement, elements of my mother’s life I know she tucked away, some more than others, after my sister and I were born.

We envy these images of our mothers, beaming with the toughness, sadness, and resilience that we wonder if we ourselves possess. One woman sees herself in the slope of her mother’s shoulders. Another, who lost her mom as a child, pieces together an outline of her parent with these images, save for the moments between college and marriage she’s heard little about—the lost years, she calls them.

“In studying these photos, and each daughter’s interpretation of them, I’ve come to wonder what traits we allow our mothers to have, and which ones we view as temporary, expiring with age and the beginning of motherhood,” Lepucki wrote. “For daughters, these old photos of our mothers feel like both a chasm and a bridge. The woman in the picture is someone other than the woman we know. She is also exactly the person in the photo—still, right now.”