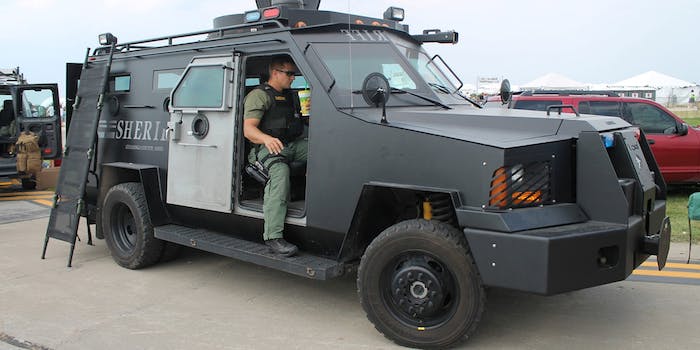 Here’s why your local police force owns a tank

They say terrorism, but what they really mean is weed.

Government documents obtained by journalists disclose the justifications behind hundreds of police requests to the Pentagon for military-grade equipment.

More than 450 requests analyzed by Mother Jones reveals that drug enforcement is the most common reason police requested access to mine-resistant ambush vehicles, or MRAPs, the armored military transports that were famously deployed against protesters in Ferguson, Missouri, last fall in the aftermath of Michael Brown shooting.

In total, a quarter of the police departments cited drug enforcement as the primary reason for requesting the military vehicles.

One out six departments were “prepared to use the vehicles to serve search or arrest warrants on individuals who had yet to be convicted of a crime,” Mother Jones found, while more than half of the departments indicated that they were willing to deploy the vehicles in a “broad range of Special Weapons and Tactics (SWAT) raids.” 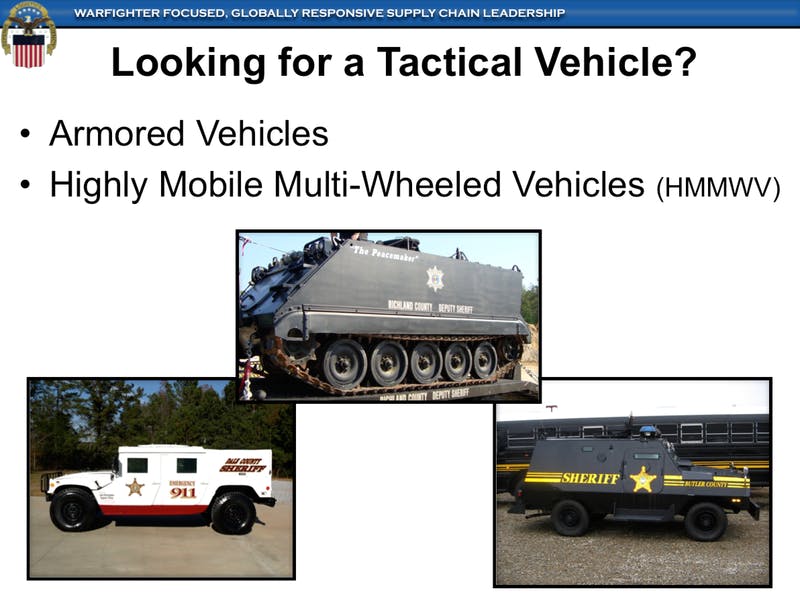 Thousands of police departments have participated in the Pentagon’s 1033 program, which is responsible for the transfer of military equipment to civilian agencies, since it was first launched in 1997, primarily to aid in the war on drugs. The U.S. government has reportedly transferred to civilians $5.6 billion in combat equipment in the years following the wars in Afghanistan and Iraq. The transfer includes roughly 80,000 assault rifles and 20,000 grenade launchers, according to an NPR report cited by Mother Jones.

Jim Pasco, the director of the Fraternal Order of Police, reportedly told Mother Jones that police agencies were likely filing the requests based on whatever they thought the Pentagon wanted to hear, but that the military equipment is “almost exclusively used as defensive tools.”

Mother Jones published the entire cache of requests from January 2012 to October 2014 on its website.