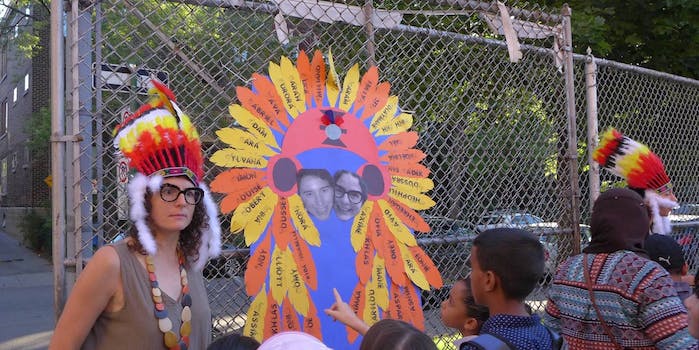 The school previously had a problem with blackface.

But apparently, the faculty at the Montreal’s École Lajoie didn’t get that memo. When Jennifer Dorner brought her two children to school, she saw two third grade teachers wearing Native American headdresses and handing out similar headdresses to students.

Dorner took a photo and posted it on her Facebook page, writing, “In our family, we teach our children about cultural respect, we teach them the importance of honouring Indigenous cultures, we teach them about privilege and the history of genocide in our country.” 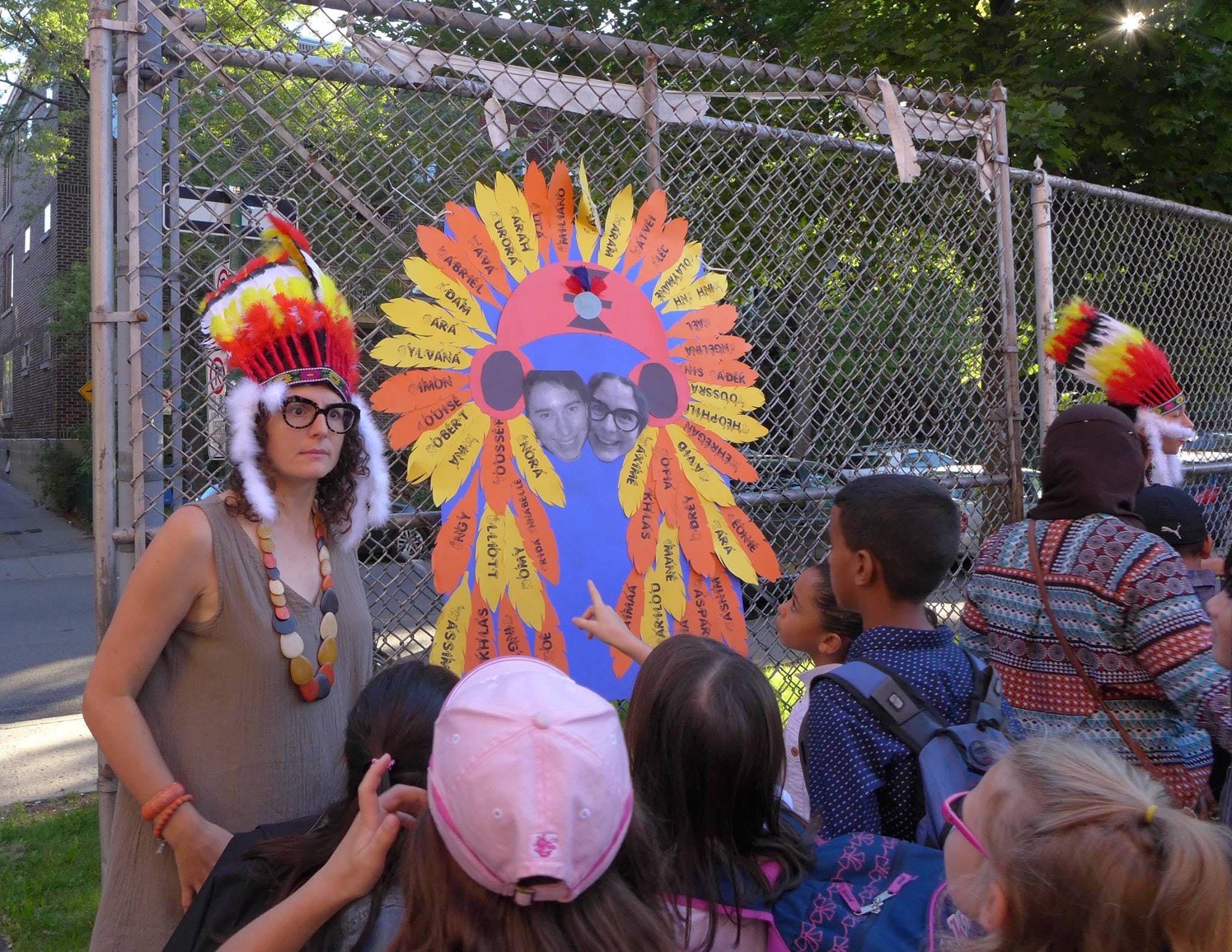 This isn’t the first time Ecole Lajoie has offended parents and students with its insensitivity. Dorner told the Montreal Gazette that in 2014 students in a play about Santa contracting Ebola were required to wear blackface.

“They were doing a play where Santa goes to Africa and gets Ebola and gets sick and the local tribes are dancing around him and my daughter was going to be in blackface,” she said.

“We managed to convince the school not to do blackface at the time, but they still kept the story line. Santa ends up being saved by scientists who come from the North Pole.”

A spokesperson for the schoolboard, Gina Guillemette, told the Montreal Gazette, “We didn’t want to offend anyone. It was the opposite; we wanted to sensitize the students to the contributions of native communities.”

She explained that the headdresses were part of a first-day activity designed to help students find their rooms. But Dorner said the activity made her daughter feel uncomfortable and she refused to participate.

When you're getting ready to teach & wonder if it's OK to wear a headdress, the answer is NO! Parents outraged https://t.co/hz3J6DaOMc

Dorner added on her Facebook page, “The school board claims that these two teachers have backgrounds in anthropology and history and they are introducing Indigenous history in the curriculum at the grade 3 level. My response to the CBC was that even though the teachers may have good intentions, they should know that wearing costumes like this is not an accurate reflection of Indigenous cultures and traditions. It is simply offensive to many. If they don’t even know this (as experts), what else are they teaching that is so extremely incorrect?”