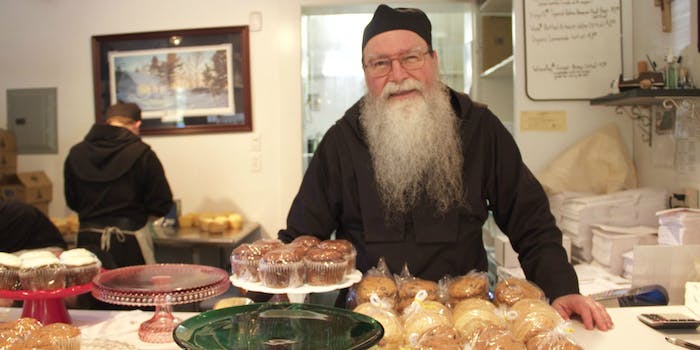 'So as long as we’re in the kitchen, we might as well hang the shingle out, too.'

No one goes to the Keweenaw Peninsula of Michigan by accident. It’s a remote area with beaches and cabins that provide unobstructed views of the Lake Superior sunset. On a road called Sand Dunes Drive, tucked between a waterfall called Jacob’s Falls and an expansive stone-and-sand beach, there’s a Catholic skete that’s responsible for some of the best baked goods and jam you can buy online.

The monastery, established in 1983, is a sight to behold, towering over the surrounding conifers and situated just before the water’s edge. The monks pray and serve there, as all monks do, but they also run a bakery called the Jampot. While the Jampot is a secret to many, it’s a mainstay of regional summertime tourism. During the first couple of summers they spent in area, they picked the berries themselves and made jam (which they sold to a distributor) in an old burger joint they had purchased. The former restaurant had been closed for a while, so locals noticed when the lights were suddenly on late into the evenings.

“The berry-picking consumed the daylight hours and of course the jam at night,” explained Father Basil, “the main P.R. monk.” “By the third year, we were getting help with picking. We opened the shop and it just grew from there.” 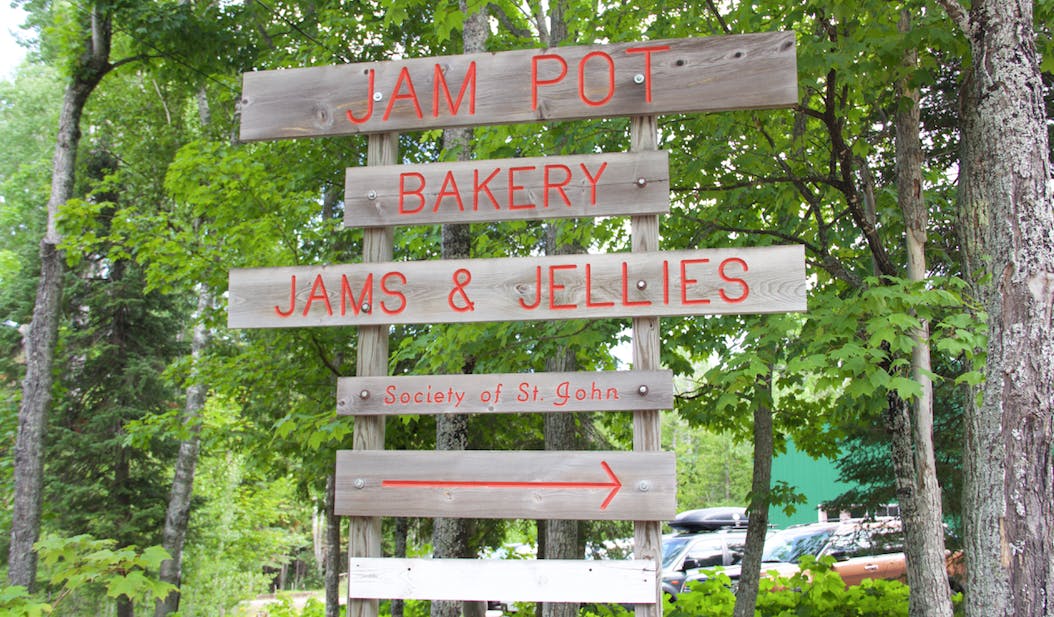 I’ve visited their little shop several times. It’s always buzzing with patrons, and it’s no wonder why: The recipes they’ve perfected are what really keeps repeat customers eager participants in the fanfare.

The fruitcakes are moist and preserved traditionally (with alcohol). The jams and jellies are made from handpicked fruits, about half of which are local. One of their most popular products is Wild Timbleberry Jam, the berries for which are gathered exclusively from plants all over the peninsula. They make caramels and peanut brittle, chocolate bark, and many fresh confections. My favorite is the peanut butter bar, which contains swirls of jam and chocolate. Most of what they make is available for purchase online. 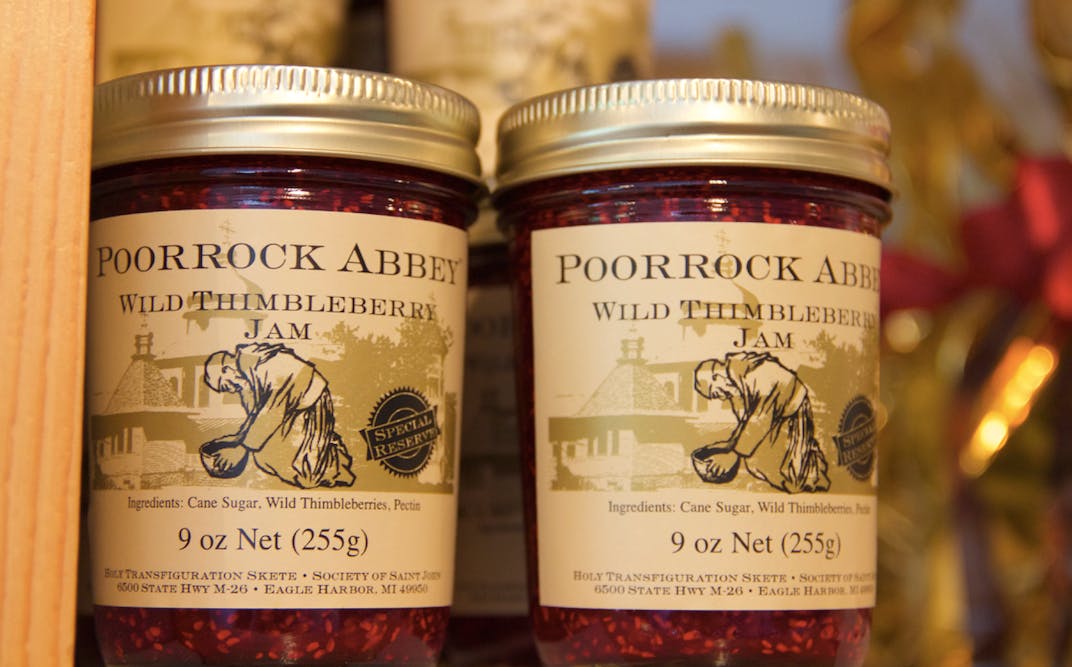 “The season is very short,” he told me, explaining the Jampot’s emphasis on online sales. “The shop is a fair-weather business. But we have to produce. So as long as we’re in the kitchen, we might as well hang the shingle out, too.”

The Jampot has been online longer than you might expect. They’ve selling through the mail via their newsletter almost since the beginning, and when one of their neighbors—a salesman for the area’s first Internet service provider—came knocking, the monks saw an opportunity to innovate and expand. They’ve been online, Basil notes, since the ‘90s.

“We were one of the first in the area to go online,” he said. 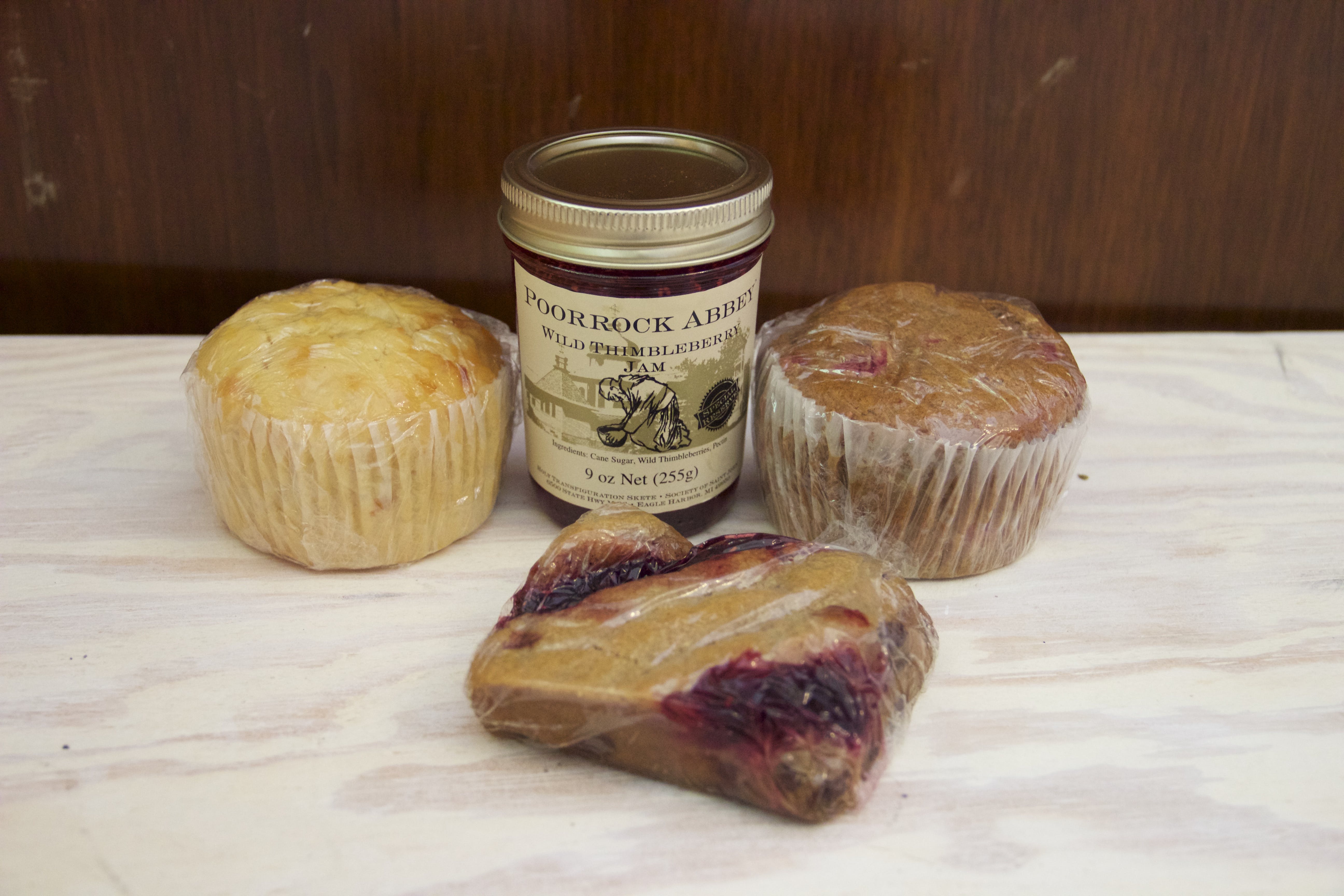 Still, I wondered if the Jampot were prepared for the attention that might come from a global online audience. After all, there are only so many thimbleberries. But like any sensible businessperson, Basil welcomes new customers without hesitation.

“It will mean more work for us because we’re kind of really stretched almost to the breaking point in some respects,” he said, “but that’s fine.”