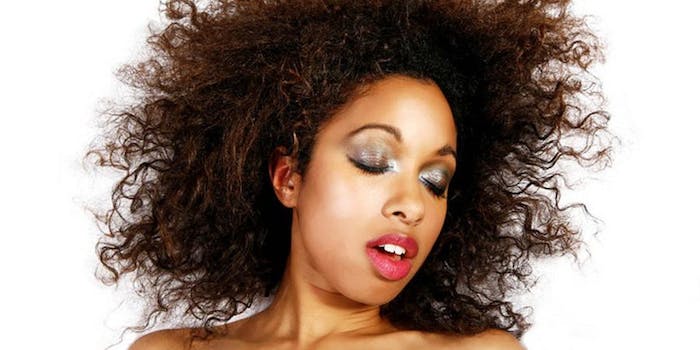 Gasp! Think of the children.

Warning: This article contains topics that may be NSFW.

Nov 9: They call this the “robot massager game,” and love to trade it back and forth to find the funniest effect. #editedcaption #thankyouInstagram #soremusclemassagingdevice #neverbeashamedtoeditandclarify

A photo posted by Jenna Andersen (@thatwife) on


According to Salon’s Tracy Clark-Flory, the Instagram photo was inspired by Andersen’s 4-year-old son and 21-month-old daughter finding her Hitachi Magic Wand in her drawer. Assuming it was a robot, they used it to play what they called “the robot massager game.”

Amused, Andersen snapped the picture and posted it on her Instagram earlier this week. Almost immediately, she was met with a slew of pearl-clutching commenters calling the photo inappropriate and accusing Andersen of exploiting her children. Then the photo was picked up by the blog Get Off My Internets, where it was once again attacked by commenters.

“Documentation for the origin of Eye Herpes,” one commenter wrote, spawning a never-ending thread debating the origins of the ocular herpes virus. Others called it a “disgusting overshare,” and accused Andersen of using her children to garner pageviews.

But as Clark-Flory points out, it’s far from uncommon for children to find their parents’ sex toys and adopt different uses for it, as they would with pretty much any other foreign object they might encounter. As one parent whose child found her sex toy wrote, “he thought my rabbit [vibrator] was a laser gun.” And while one parenting expert consulted for Clark-Flory’s piece said it might not be a good idea for kids to play with their parents’ sex toys for hygienic reasons, overall Andersen’s photo “is fine—it’s funny, but it’s funny because we adults know all the uses for her fancy massager.”

The question of whether parents should be posting photos of their kids on social media is certainly worth examining. But considering how relatively innocuous Andersen’s photo is, and how unlikely it is that very young children like hers will understand the intended function of a sex toy, the Internet’s angry response says less about whether it’s appropriate for children to be “exploited” on the Internet, and more about our complex feelings about women experiencing sexual pleasure in the first place.