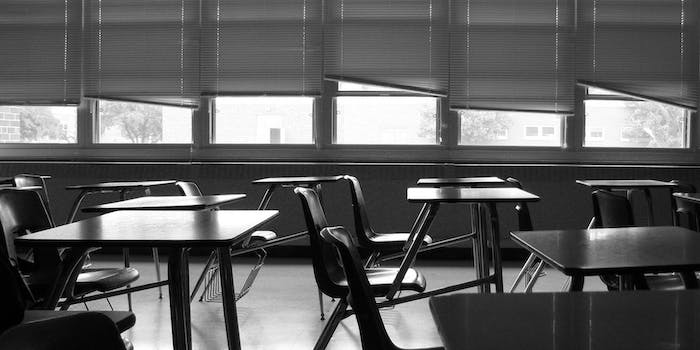 'It’s disappointing that your school does not view diversity in a positive manner.'

Administrators at a Utah elementary school are being criticized for removing a 7-year-old Native American boy from his classroom due to his Mohawk haircut being “too distracting.”

The boy’s parents argued that the hairstyle is traditional for members of his tribe and argued that the school’s decision to pull him from class amounts to discrimination.

Jakobe Sanden, who attends Arrowhead Elementary School in Santa Clara, Utah, was eventually able to rejoin his second-grade class, but only after Sanden’s parents were forced to get a leader of the Seneca National Tribe to write a letter to the school arguing that the haircut was a tribal tradition.

“It is common for Seneca boys to wear a Mohawk because after years of discrimination and oppression, they are proud to share who they are,” wrote Seneca Nation Tribal Councilor William Canella. “It’s disappointing that your school does not view diversity in a positive manner, and it is our hope that (the boy) does not suffer any discrimination by the school administration or faculty as a result of his haircut.”

The boy’s father, Gary Sanden, expressed frustration to USA Today over the school’s conduct; however, he was also sympathetic to the school’s need to have a dress code. “I have two [sons] who go to Arrowhead,” said Sanden. “My other boy, he’s 10, didn’t want a Mohawk and went with the non-native haircut, kind of high and tight. So the principal says well, you have another son here who doesn’t have a Mohawk, why can’t you cut [the younger boy’s] hair that way too.”

The school district’s dress code asserts that “Students have the responsibility to avoid grooming that causes a distraction or disruption, interrupting school decorum and adversely affecting the educational process.”

The administrator added to the Washington Post that Sanden was neither suspended nor made to leave the school grounds entirely. Instead, Sanden was relegated to the principal’s office.

On Twitter, some critics saw parallels with the story of Ahmed Mohamed, a 14-year-old Texan who was arrested for bringing a homemade clock to school.

#Native #American boy pulled from class over #Mohawk #haircut. Next he'll be bringing a #clock to #school. http://t.co/rM5qc6ETBu

You can get sent home from school for the stupidest shit… Yesterday it was a #clock, today it's a #Mohawk. What is this world coming to!?!