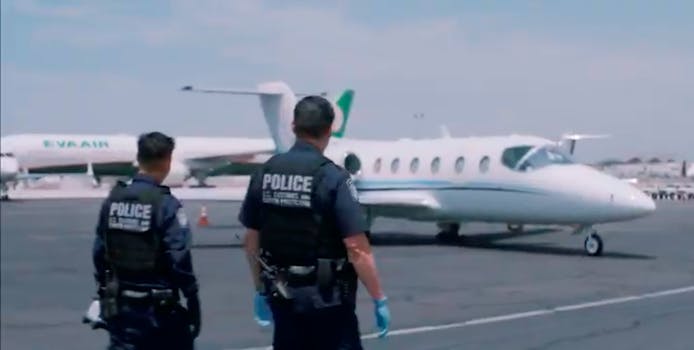 Six members of an Afghan family are free after being held and threatened with deportation at a Houston airport.

On Friday evening, RAICES Texas tweeted that the family—a man, who was identified as 48-year-old Mohasif Motawakil by the Houston Chronicle, and his wife and five children—had arrived in the U.S. on a Special Immigrant Visa (SIV). Motakawil worked with the U.S military from 2012-2013, then with U.S. contractors in the region, the Chronicle reports.

“This afternoon we learned an Afghani family who arrived here last night on special visas are being held, and in the process of being deported, at Houston Airport. We need you to get to Houston airport NOW & demand they be allowed legal counsel.”

This afternoon we learned an Afghani family who arrived here last night on special visas are being held, and in the process of being deported, at Houston Airport.

We need you to get to Houston airport NOW & demand they be allowed legal counsel.

Nisar Momand, Director of Afghan Cultural Center in Houston, said in a phone interview with the Daily Dot that when his organization got wind of the family’s detention, they reached out to area nonprofits and headed to the airport. RAICES tweeted about the incident to rally supporters to the airport, and Texas representatives Al Green and Sheila Jackson Lee were in attendance, as well.

It’s a family of 7. The dad is 48 & was an interpreter for US military in Afghanistan.

They came here on an “SIV,” the incredibly hard to get visa granted to people whose lives were threatened by serving in Afghanistan.

However, apparently they opened an envelope w/medical records that they were told not to open.

For that, they are being deported. Not only that, CBP won’t let us provide legal counsel.

We’re in arrival area & we won’t leave until we can speak to the family.

If you've never heard of a special immigrant visa "SIV" before. Please read this.

“Many of these people have served shoulder-to-shoulder literally in the trenches with U.S. soldiers,”

How unjust that this Afghan family, who helped our military, is in same airport as counsel—& yet have been walled off from one another.

After the mother and her children were released from custody, they were initially headed to a hotel to spend the night, but Momand offered the family shelter.

“I know it’s very hard to leave your country,” he said. “They were trying to take them to a hotel and I said, ‘Believe me the hotel is not a good place for them.’ The children are very happy playing with our kids.”

Momand told the Daily Dot the family is reportedly headed to San Antonio, where they have a sponsor. Motakawil is still being held and has not been placed in a detention center as of Saturday afternoon, according to RAICES spokesperson William Fitzgerald.

It’s still unclear why the family was detained. Fitzgerald told the Daily Dot that the father believed that his family was being detained because he opened sealed medical records.

CBP, which did not respond to multiple requests for comment for this story, apparently told RAICES that the family was being detained because Motakawil failed to show for one final interview at the U.S. embassy in Kabul, causing his visa to be flagged. But Fitzgerald, the RAICES spokesperson, cast doubt on that statement.

“The one thing we do know is that if there is a flag on visas like that, the person doesn’t get on the plane, they don’t get through immigration on the other side,” said Fitzgerald, emphasizing the long, arduous process of securing the SIV.

There is still no information about an immigration hearing for Motawakil.