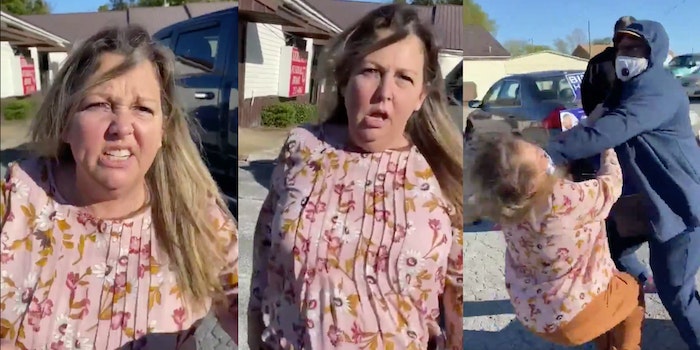 Viewers are now pointing to another incident in which she fights a different Black woman.

Mississippi Election Commissioner Sheri McClatchy was caught on camera fighting with a Black woman named Pearlie Howell, who was campaigning for McClatchy’s opponent.