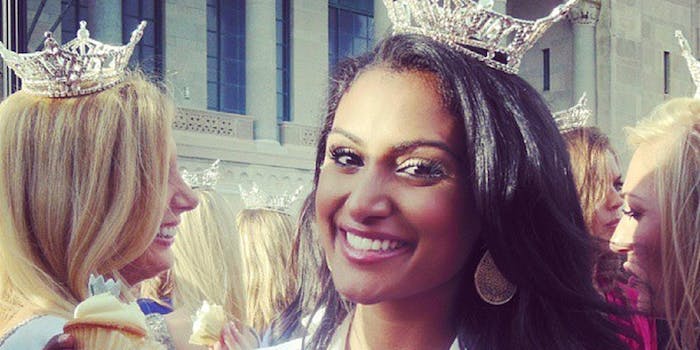 Miss America gave the Internet a crash course in history, geography, and race

You probably know by now that America’s new beauty queen, New York’s Nina Davuluri, is Indian. And not everyone is happy about that.

If you’ve been on Facebook or Twitter or Tumblr or BuzzFeed this morning, you’ve learned two things: America’s new beauty queen, New York’s Nina Davuluri, is Indian. And not everyone is happy about that.

But amid the barrage of racist tweets, the proud proclamations that camo-wearing, tattoo-sporting, blonde Miss Kansas is the “real” American, and the confusion about what being “Indian” actually entails, we spotted some important educational opportunities lurking around. Pay attention to the major points of discussion—you just might get a cultural crash course.

1) Immigrants have been winning Miss America for decades.

Such fuss over Nina Davuluri. Arey, Miss America is always won by the descendant of some immigrants. Except 1926 when a Native American won.

The concept of what’s “American” is so linked with white culture that it’s easy to forget that the original Americans were brown Americans. But in moments like these, Twitter is there to issue a reality check. Thanks, Miss America, for reminding us that original “American” culture vanished two centuries ago, and that what took its place is and always will be a melting pot.

Although many people think of “Asia” as consisting of China, Japan, and Korea—maybe Vietnam or the Philippines if we’re generous—Asia actually contains 30 percent of the world’s land mass and most of its nations, including parts of Oceania and the Middle East. Straight from Wikipedia: 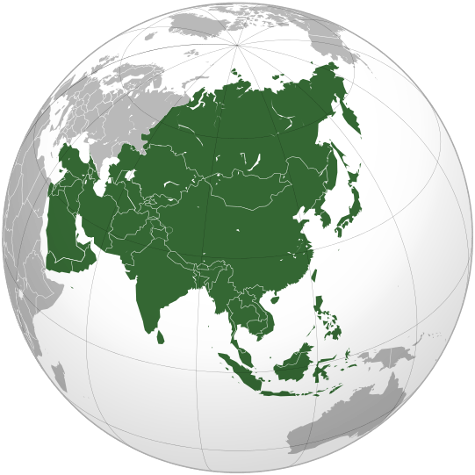 India is the giant panhandle, near the center, that dips into the Indian Ocean.

3) Most Indians are not Arab or Muslim.

Davuluri is Telugu, an ethnic group associated with the Indian state of Andhra Pradesh. But she stated at a press conference following her win that she is “American first.”

Also, as a reminder, Miss America hasn’t always been the purview of Christians.

Btw racists, not that it should matter as the USA isn’t a Christian nation but the 1st non-Christian #MissAmerica was Bess Meyerson in 1945.

The first Jewish woman to wear the crown, Meyerson was also a Miss New York.

Lest we forget, the Miss America pageant still requires women to show off their bodies. This puts them under the Male Gaze, often just called the Gaze. The concept of the Gaze originates with film critic Laura Mulvey, who pointed out that camera work in a movie almost always forces the viewer to occupy the point of view of a straight man–usually a white one—gazing with a proprietary perspective upon everything around him, including women. When the camera pans up the bodies of ladies on Miss America swimsuit nights, we’re occupying the traditional cinematic male gaze. And when the women under the microscope are brown or black, there’s another layer—the White Gaze, in which the bodies become not only objectified, but colonized.

CAN WE PLEASE STOP BEING RACIST WHEN WE OBJECTIFY WOMEN? #MissAmerica

Not sure what’s worse: Miss America being harassed by Internet racists or the fact that Miss America competitions still exist.


5) Racism isn’t coming only from whites.

Turns out Nina Davuluri is “too brown” to ever win the crown in India. Like many other parts of Asia, Indian women often practice skin lightening—many Asians want to have whiter skin, just as many Americans seek after the perfect tan. But in India, skin color often carries caste associations, and the giant class divides that exist in the country can be harsh. In 1996, the India Times declared that the first rule for an Indian champion who could conceivably win Miss World was that she be “a suburban Mumbaiite.” In 2006, dermatologist Dr. Jamuna Pai delineated the social hierarchy of light skin:

When an Indian man looks for a bride, he wants one who is tall, fair and slim, and fairer people always get jobs first. Today, this is being disproved because of the success internationally of dark-skinned models, but we still lighten their skin here because it gives the girls extra confidence when they go abroad.

None of this lets the idiots of the Internet off the hook for their racist remarks and conviction that Davuluri should be working in a 7-11 instead of pursuing a medical degree like every other member of her family.

But perhaps Davuluri’s story and identity can help educate us all on the complex issues surrounding race and cultural clashes—and help weed out the levels of ignorance that breed racism on the Internet.