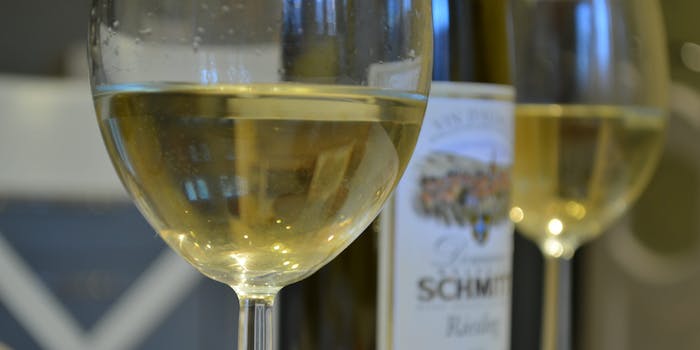 Millennials consume almost half of all wine in the U.S.

Men are more likely to drink a full bottle by themselves than women, too.

America’s youth may have a drinking problem. A new study obtained by the Daily Dot from drug and alcohol rehab center the Florida House Experience reveals millennials drink almost half of all wine available in the U.S.

Entitled “Rosé All Day…?: A Look at Millennial Drinking Culture,” the report features responses from 1,021 millennials across America detailing their drinking habits. According to the study, millennials “drink 32 percent of spirits,” “35 percent of the beer,” and “42 percent of the wine” in the U.S., even though millennials comprise only one-quarter of adults over 21 in the U.S.

On the other hand, millennial men love their beer. Nearly 47 percent said beer is their alcoholic drink of choice, with 11.85 percent choosing red wine and 11.66 percent going for whisky. Not unlike women, just over nine percent prefer vodka.

Men are more likely to report polishing off a bottle of wine by themselves, too. 54.77 percent of all millennial men have finished a whole bottle on their own, whereas only 35.57 percent of women have done the same. And it seems most millennials secretly love craft beer, too, with 57 percent of all respondents saying they drink craft beer on a weekly basis.

“According to experts, it plays into their preference of supporting brands they trust, valuing authenticity and expressing their individuality,” the study explains.

Meanwhile, men tend to drink more than women in one sitting, with over 26 percent of all women drinking at most three to four drinks and around 23 percent drinking five to six. In comparison, over 15 percent of men report having nine to 10 drinks in one night, and around 18 percent say they’ve drank as much as 12 to 16 drinks during their drinking session. Even 3.47 percent report drinking at least 25 or more drinks. Unsurprisingly, millennial men love their alcohol.

“Anyone who’s poured a glass of wine after a bad day knows that drinking certainly is a temporary stress reliever—after all, it’s a sedative, which will calm your racing heart and help you relax,” the study claims. “However, experts advise against regularly indulging in a stiff drink to ease your worries. Instead, consider exercising, carving out alone time, or taking a warm bath.”

For more information on American millennials’ drinking habits, check the Florida House Experience’s full study online here. In the meantime, research also shows that millennials are the gayest generation to date, with 20 percent of all adults aged 18-34 identifying as LGBTQ.