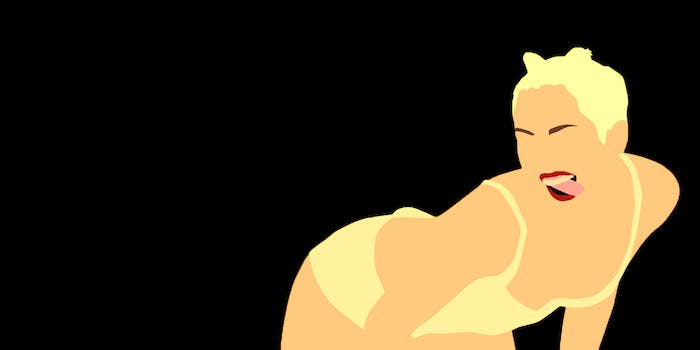 Miley Cyrus comes out as pansexual—here’s what that means

Pansexuality means an attraction to any expression of gender.

Miley Cyrus has never been one to shy away from discussing her sexuality or gender. Earlier this year she came out as genderqueer, saying she identifies as neither male nor female. Now, the singer/actor/activist has come out publicly as pansexual.

“I’m very open about it—I’m pansexual,” Cyrus told Elle UK for their October issue. “But I’m not in a relationship. I’m 22, I’m going on dates, but I change my style every two weeks, let alone who I’m with.”

Pansexual as a term seems to have originated in the 1990s, theorizes Kaylee Jakubowski at the blog Everyday Feminism. That was around the same time as people started talking more openly about their identification as genderfluid and nonbinary. Built from the Greek root word “all” (pan-) to refer to all genders, the most simplistic explanation is that pansexuality involves being attracted to any expression of gender.

For many, the pansexual label is ideal because it explicitly rejects the gender binary of male and female (thus including other identities, such as queer or agender). The Tumblr blog Pansexuality Is Perfect points out that “pansexual” and “bisexual” are often used interchangeably but that, because of debate inside and outside the LGBT community about interpretations of the “bi-” in “bisexual,” many people choose the pansexual label in an effort to reject genderism.

Cyrus joins the 3.4% of people in the U.S. who do not identify as straight. Reliable statistics do not currently exist to describe what fraction of that group identifies as pansexual, especially since it’s a newer label, though trends suggest it is growing in popularity.

James Modzelewski, a 21-year-old self-identified male, echoed that statement. He pointed out in an email to the Daily Dot:

“It’s easier in some public spaces to identify as bisexual when communicating with people unfamiliar with any degree of queer discourse, though. This is a phenomena I’ve noticed, and it’s garnered a lot of discussion with a few of my pansexual friends. People barely accept bisexuality in the public eye. Bisexuals are often still alienated. Even in queer spaces, by other members of the queer community. I fear that ‘othering’ from people like me, because I’ve already been ‘othered’ my entire life; I’ve felt different, felt judged, and the feeling persists.”

Increasing the visibility of pansexuality means breaking down our current ideas about what bisexuality means. For one thing, a common belief is that bisexuals are attracted to men and to women. However, the Bisexual Resource Center states that the “bi-” in “bisexual” can also refer to sexual attraction to people who have the same gender and also people who have a different gender, whatever those genders might be.

Pansexuals do not regard themselves as gender-blind so much as their sexual orientation includes anappreciation for individual gender expression. Levi Sable, who identifies as trans and queer and is a board member of WI-521, a Wisconsin advocacy organization for bisexual and pansexual people, agreed in an email to the Daily Dot:

“The term ‘pansexual’ speaks to me because it feels more inclusive. ‘Bisexual’ doesn’t always encompass all of the amazing ways that people express themselves, their sexuality, and their gender….That’s not to say that bisexuals are limited or that they subscribe to a binary—but that pansexual feels more inclusive to me, personally.”

The other thing pansexuals want you to remember is that when it comes to attraction, can does not equal will.  Cyrus may have confused some when she told Paper magazine in June:

“I am literally open to every single thing that is consenting and doesn’t involve an animal and everyone is of age. Everything that’s legal, I’m down with. Yo, I’m down with any adult—anyone over the age of 18 who is down to love me. I don’t relate to being boy or girl, and I don’t have to have my partner relate to boy or girl.”

This may be the case for Cyrus, but pansexuals in general are more choosy than “anyone over 18.” As blogger Susan S. wrote for Jezebel’s ROYGBIV put it, just because pansexuals can be attracted to any gender, that doesn’t mean they actually want to have sex with every person they meet.

Correction: This piece has been updated to reflect that the pansexual label includes includes other identities, such as queer or agender.