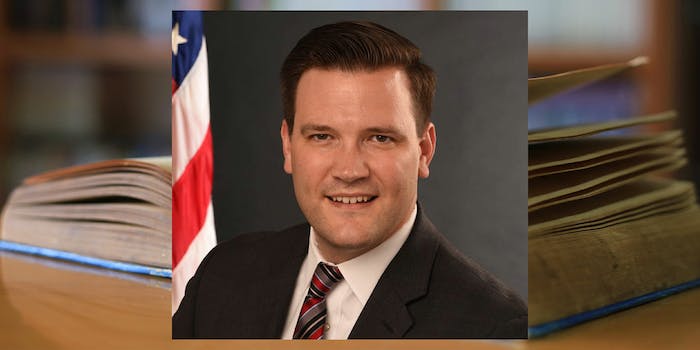 Instead, she went to a facility that gave her Bible verses and 'appropriate drawings to color.'

According to a government email reviewed by Vice News, the Office of Refugee Resettlement (ORR) withheld abortion services from a teen who had been raped, and instead gave her coloring pages and Bible verses.

According to the email, which was unearthed through a Freedom of Information Act request from the watchdog group the Campaign for Accountability, the teenager had been raped by a group of men in her home country before beginning travel to the United States. She told officials she wanted an abortion procedure, and instead, they took her to a so-called “crisis pregnancy center” called Choices Pregnancy Center. The facility does not offer abortions and won’t even refer patients to a place where they can get one. Instead, what the teen got from the center, according to the email, was “appropriate drawings to color and with Bible verses.”

This reportedly happened in January, when Scott Lloyd, appointed by Trump, was director of the ORR. Lloyd was regarded by some as a strange pick for the position, as he was best known not for working with migrants or refugees, but for campaigning against abortion rights. While in charge of the ORR, he took an unprecedented role in controlling the bodies of the teens in the ORR’s care, requiring a personal sign-off from him for anyone to get an abortion.

Also in January of this year, the ACLU brought a case against the ORR for restricting abortion access. They brought forward the cases of four teens who Lloyd had personally attempted to prevent from having abortions. Despite not having medical or psychiatric experience, Lloyd was allowed to be the final say on these medical decisions. He has since moved to the Department of Health and Human Services.

The Campaign for Accountability has filed for an investigation into these new emails, saying in its complaint against Lloyd, “It appears Mr. Lloyd grossly misused his position as director of ORR to pursue his own personal and religious agenda, violating constitutional and federal law, and harming the teenage girls his agency is charged with protecting.”