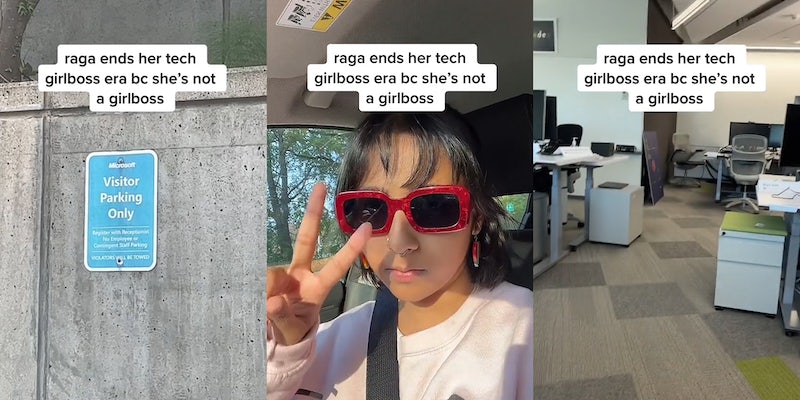 ‘My team culture was super toxic’: Microsoft employee vlogs her last day at work before quitting

While working in tech may seem glamorous, the reality is often much different. Workers in the tech industry tell stories of long hours, excessively high expectations, and a fiercely competitive work environment that takes a considerable toll on their mental health.

Writing about this high-stress environment for Computer World, author Sharon Gaudin interviews several people who back up the idea that working in the tech industry is no walk in the park.

“I think [the stress] is fairly widespread in any tech company that is successful,” said Victor Janulaitis, CEO of Janco Associates Inc., a management consulting firm. “It’s just a very stressful environment. You’re dealing with a lot of money and a lot of Type A personalities who want to get things done. If you’re not a certain type of person, you’re not going to make it. It’s much like the Wild West. They have their own rules.”

This has led some to identify the contemporary tech industry as ‘toxic.’ One person who might agree with that sentiment is TikTok user Raga (@noragallection), who recently went viral after documenting her last day working at Microsoft at the Bellevue, Washington, campus.

In the video, viewers can see Raga arrive at her work, take some of the free drinks available to employees, and leave.

“Come with me to quit my job that I really hate because I choose happiness,” she says in the video.

In another video, Raga explains that currently has no plans about what she’s doing next.

“I quit my toxic-ass job, and I don’t really have any concrete life plans lined up,” she notes. “I’m basically on sabbatical trying to figure shit out, and I’m fucking terrified.”

“I feel like I’ve never done, like, uncertain and risky things before,” she continues. “People are telling me I’m brave, and I feel fucking scared.”

In the comments section, users supported Raga on her journey.

“Proud of u girly cus same,” wrote one user.

“That was me a month and a half ago but now I’m UNEMPLOYED,” claimed another. “Still happy I did it tho.”

“I rage quit m*aft December 2019 and it was literally the best decision – I only regret not taking more off time between jobs,” recalled a third. “Good luck my dude.”

When asked for a storytime, Raga clarified in the comments that while Microsoft may seem like a great company, it’s also large, so “not all teams are the same.”

“I’m kind of traumatized though but just know that my experience isn’t common- lots of people are happy but I do think tech is over glorified on tiktok,” she wrote in the comments. “I would still recommend people try it because it pays well. It just didn’t work out for me / My team culture was super toxic.”

The Daily Dot has reached out to Raga via TikTok comment and Microsoft via email.