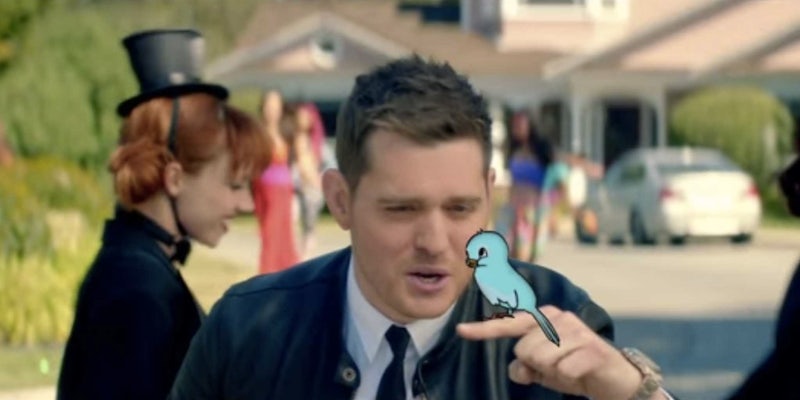 The singer is under fire for making denigrating comments about an anonymous woman's butt on social media.

Michael Bublé is an old-fashioned crooner, in the same vein as Frank Sinatra and Dean Martin. But he’s got a pretty modern approach toward body-shaming, if a controversial photo he shared on Instagram this week is any indication.

The photo of Bublé was snapped by his wife Luisana Lopilato in a store in Miami. A woman wearing short shorts is also visible in the background. Bublé couldn’t resist sharing the photo with some commentary.

Although a handful of people immediately called out Bublé for his gross and sexist comments, most of his fans appear to be shaming the woman for her outfit, rather than Bublé himself.

“Lighten up everyone. She obviously dressed herself and almost certainly has a mirror at home. So yes she’s inviting people to look,” one fan wrote. Another added: “He’s a ‘pig’ for admiring, but what is she for wearing that out in public?”

Unless the woman went outside with the express purpose of getting body-shamed by a Canadian jazz singer on Instagram, then we’d say she probably didn’t deserve to be mocked and photographed without her consent. But good job, everyone. Nice work all around.