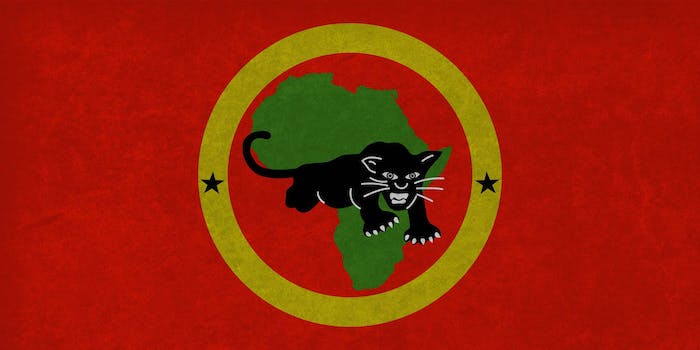 Micah Johnson, 25, was allegedly booted from the New Black Panther Party for being unstable.

The lone shooter who killed five Dallas police officers and wounded seven other people was “excused” by the New Black Panther Party (NBPP) years ago, the group’s leader said on Monday.

NBPP leader Quanell X spoke to AM radio host Matt Patrick about his group’s former association with Micah Xavier Johnson, the 25-year-old who was killed by police last week after a shooting spree allegedly sparked by the recent deaths of black men at the hands of white police officers.

An Army Reserve veteran who served a tour in Afghanistan, Johnson worked on a security detail for NBPP, which, despite its name, has no affiliation to the Black Panther Party of the 1960s and 70s. According to X, Johnson was excused from the black-power group roughly two and a half years ago.

“I can only stop what I know. This I could not know.”

Among other potential mental health issues X discussed on The Matt Patrick Show on KTRH 740AM, he believes Johnson suffered from post-traumatic stress disorder. Johnson is said to have espoused violence and encouraged the group to stockpile guns and ammunition.

Johnson was reportedly asked to leave the NBPP for not respecting the militant group’s authority. “I told him, ‘This is not Afghanistan. See a therapist,’” X said. “We are an organization that has a paramilitary chain of command. He ignored that chain of command.”

X said there’s no way he could have foreseen the police massacre on June 7. Johnson wasn’t the first “crazy” person to try and join the group. “I can only stop what I know,” X said. “This I could not know.”

The NBPP, which promotes segregation and demands a separate nation for black Americans, is listed as a hate group by the Southern Poverty Law Center (SPLC) due to the “long expressed virulently anti-white and anti-Semitic opinions” of its leaders.

“Its leaders have blamed Jews for the 9/11 terrorist attacks and for the slave trade,” SPLC reports. “The late former party chairman Khalid Abdul Muhammad once said, ‘There are no good crackers, and if you find one, kill him before he changes.’”