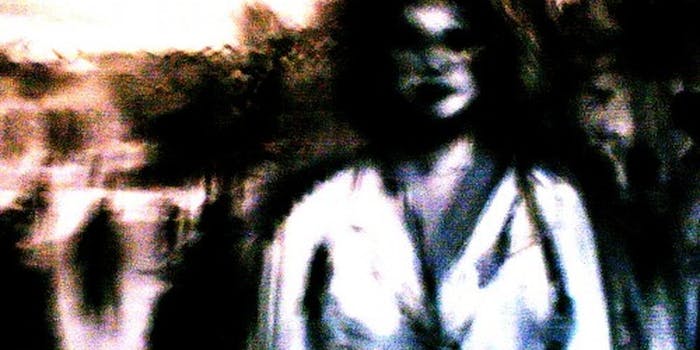 The Internet is buzzing with (apparently) honest fears of a coming zombie apocalypse.

Grab your weapons and your family and head to a safe place. The zombie apocalypse has arrived and Florida is ground zero.

“I keep telling her to calm down but she’s not listening,” wrote one 17-year-old Tumblr user, whose sister was “freaking out” because she believed real zombies were loose in Miami this weekend.

She isn’t alone. Thousands of people across the Internet are apparently in a very real panic over a zombie apocalypse. The reaction stemmed from the horrific assault of  65-year-old Ronald Poppo at the hands of 31-year-old Rudy Eugene on May 28.

Poppo, described as a homeless drifter, is still in critical condition after Eugene chewed off his eyes, nose, and face while supposedly high on an unidentified drug. Eugene stopped eating Poppo’s face only after being shot (six times) and killed by Miami police.

The story of the gruesome crime quickly spread throughout social media, as did the zombie hysteria. Within hours Internet commenters had dubbed Eugene the “Miami Zombie.” The Miami Herald, whose offices overlooked the attack and whose security cameras recorded it, even employed the nickname, lending it a sense of formal media approval.

By early May 30, more than 600 videos tagged “Miami Zombie” had been uploaded onto YouTube in a span of 48 hours. According to social analytics site Topsy, “Miami Zombie” was mentioned more than 15,000 times on Twitter (not counting retweets), trending briefly on May 29. Three different Twitter parody accounts were created (none of them are funny). Reddit saw hundreds of posts about the event, as did Tumblr.

But did people believe the Miami Zombie was in fact a real zombie, or were they just playing along for the fun? It’s hard to tell.

Sifting through all the jokes reveals a group of people who like Totally Unlucky’s sister, appear to actually be terrified.

Besides repeatedly referencing the 2003 book The Zombie Survival Guide and other zombie survival plans, Internet users—mostly young adults—have posted zombie survival maps, written about leaving Florida, leaving the country, or stocking up on weapons and ammunition.

“I’M SCARED! THE ZOMBIE APOCALYPSE IS REAL, the f***ing NEWS IS EVEN TALKING ABOUT IT!,” Texas teen Jorge Gyzmo Martinez Sixx earnestly wrote on Facebook.

Various outlets have reported on the possibility of Eugene being high on “bad LSD” or bath salts, which many Web citizens found ridiculous, or a blatant cover-up. Reddit’s r/Drugs subreddit found the claim of “bad LSD” a bit odd.  Was it all just a zombie cover-up?

One Reddit post, which seemed to stoke the most fears, detailed unusual recent biological occurrences—strange rash epidemics, chemical spills, and a domestic violence incident involving biting, to name a few—in Florida. Putting it all together, the poster claimed the Miami Zombie incident was not an isolated occurrence and the zombie apocalypse has been on us for weeks.

Image board 4chan, also spooked by the weird Florida happenings, plotted all the incidents on a satellite map that was widely shared.

It didn’t help when Gawker published that same set of Reddit links under the title “Grab Your Boomstick, The Zombie Apocalypse May Actually Be Upon Us.” Buzzfeed followed suit with a similar story: “Zombie Apocalypse Begins In Florida.”

Has anyone actually made good on their claims to be stocking up on guns in the midst of all the zombie-fear mongering?

The Daily Dot called two Miami-based gun shops, who claimed there has been no spike in sales since the incident.

So what can we conclude from the zombie hysteria besides the impressionability of youth? People really want the world to end.

Photo via The Dark Clown