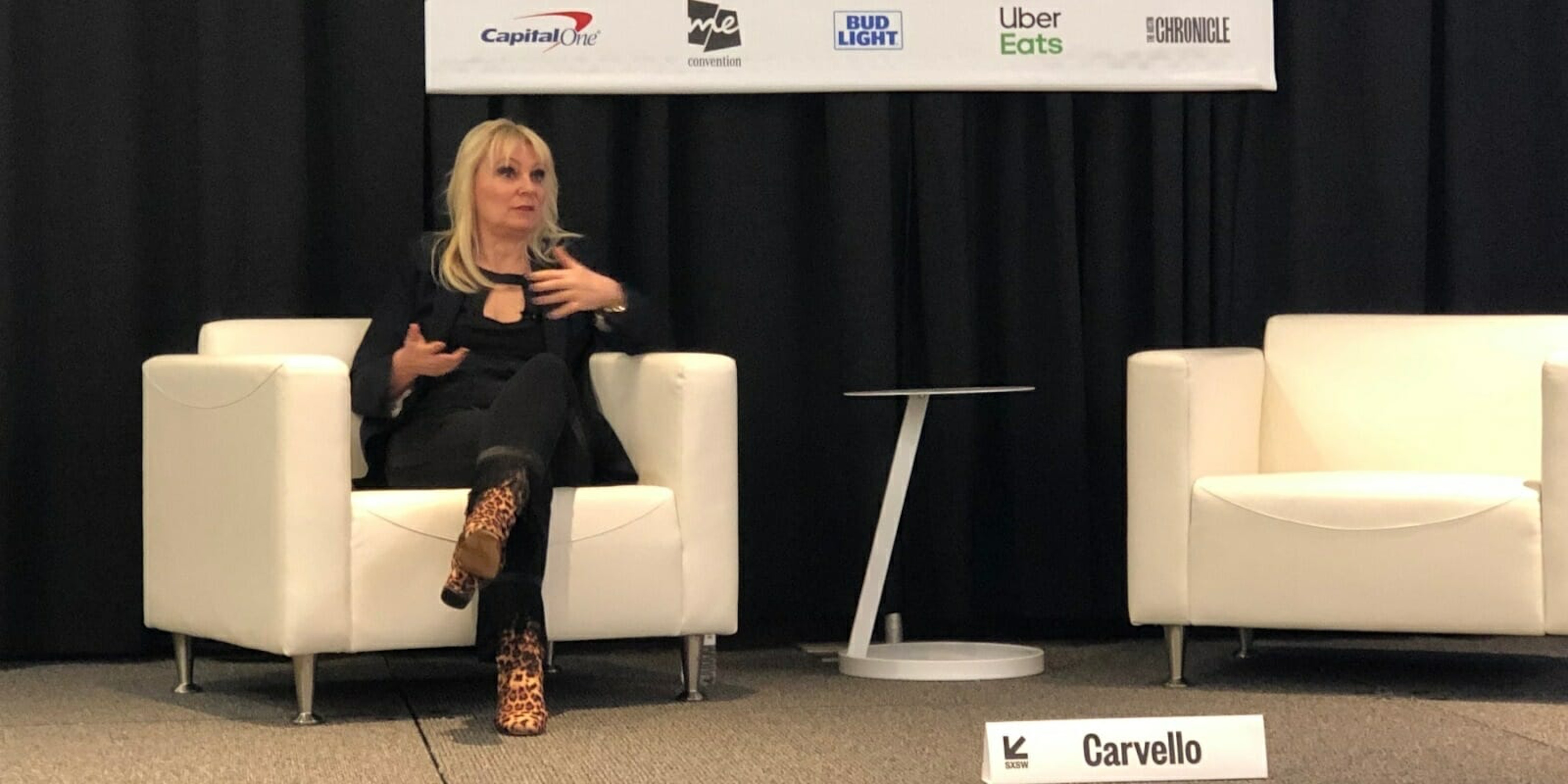 At SXSW, Dorothy Carvello shares stories that will disturb you.

“I saw nothing funny about fighting off this man and then cursing and spitting at the three men,” Carvello said. “This is a company I worked for. Why did I have to be humiliated? Spitting in their faces. That’s what they drove me to. I’m not proud of that moment, but it was a true moment.”

Carvello was describing that incident during a SXSW session titled “Anything for a Hit: #MeToo in the Music Industry” on Wednesday. The man who she said was abusing and assaulting her was Atlantic Records co-founder Ahmet Ertegun, one of the most successful music executives in history and the man Carvello called a “creative genius” but also a “total degenerate sociopath.”

Carvello told the Daily Dot she reported the club incident the next day, but Ertegun, who might not have even remembered what had occurred the night before, was the man in charge of the company. If she didn’t like it, he told her, she could leave her job.

That sense of entitlement has been a huge problem in the music industry for decades. Not only were men abusing women—and other men—but there was little support for those who were facing harassment. Other men didn’t help women. Women, in similarly powerless positions, couldn’t help women. And when somebody was being assaulted at a club by the man in charge, there was nowhere Carvello could turn if she wanted to stay employed.

“All of this behavior, all the sexual harassment, it’s all about power,” said Carvello, who began her music industry career as Ertegun’s secretary and who eventually became the first female A&R executive in the record company’s history.

When she began working on her newly released book, called Anything for a Hit: An A&R Woman’s Story of Surviving the Music Industry, there was no such thing as the Me Too movement. By the time she was nearly finished with her first draft, the Harvey Weinstein sexual predator news had begun to infiltrate the culture.

While the movie industry and TV executives have been highly affected by Me Too, the music industry hasn’t faced the same kind of reckoning. In fact, these same sentiments were said at last year’s SXSW. Perhaps things will change now after damning documentaries about R. Kelly and Michael Jackson have been released, but Carvello isn’t sure.

“Everybody is waiting for the big guy to get blown out, the Harvey Weinstein,” Carvello said. “What the labels have been doing is quietly weeding out people, going through all the claims, keeping them away from the media.”

Carvello gave plenty of advice during her session, and she listened to some stories of those who attended, including one woman who stepped to the microphone and talked about her experience as a music industry intern. On her first day at the job, the woman wore a skirt. At one point during that day, she was told to pick up a box of CDs. As she tried to smooth down her skirt while lifting the box, she noticed three adult men watching her and laughing.

“It’s a control thing for them when a woman feels humiliated,” Carvello said.

Carvello even admitted that she’d sometimes laugh when men would make fun of another woman’s appearance. The truth is she said she knew of no other way in the music industry.

But she does now, and she’s determined to fight like hell to make it better for the women who have followed her.

“When men get the chair or the president’s spot, they go crazy,” she said. “We have to take power from these guys. Some of them don’t deserve it.”