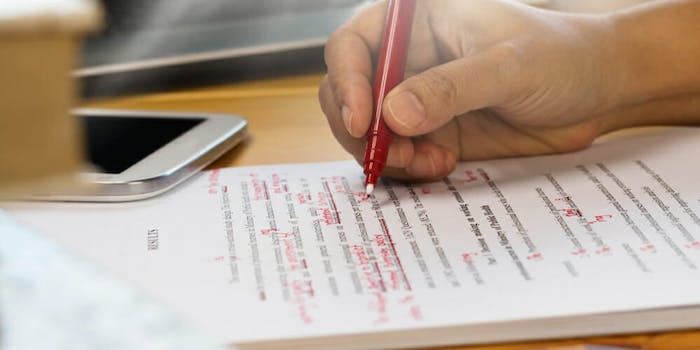 If you read a lot of books and are attuned to notice creepiness, you’ve probably, at least once, noticed an odd description of a woman written by a man. Whether it’s an uncomfortable focus on the lips of a preteen girl or a description of boobs “bouncing” as their owner sighs, it pulls the reader out of the narrative and makes them ask, “What the hell?”

The subreddit r/menwritingwomen is devoted to collecting and sharing these moments of literary failure, both for laughs and for lessons. Some of the writing shared is already famous for its terrible quality, such as a story that was nominated for the Bad Sex in Fiction Award in 2018 and features the phrase, “Her vaginal rachet moved in concertina-like waves.”

The subreddit is also heavily populated by excerpts from famous male authors, showing that even some of the men who are widely considered to be Good Writers still can’t write women without being weird and nonsensical. One redditor shared an excerpt from Phillip K. Dick story with the phrase “her breasts pulsed with resentment.” George R.R. Martin is featured for having a female character describe her sister as “high-breasted.” There’s a clip from Heretics of Dune by Frank Herbert in which he notes that “Not even the stiffest robe” could hide a character’s “ample breasts.”

One of the worst excerpts, which has been shared in the subreddit several times, is from Heretics by Leonardo Padura, who received Cuba’s National Prize for Literature the year before it was published. As you read this excerpt, remember that Padura also won the Princess of Asturias Award after this was published. “Conde saw himself threatened by small breasts pointing skyward like surface-to-air missiles, and perceived the woman’s hips either as an oasis of peace or as a battlefield,” wrote Padura. Later in the excerpt, he bemoans that sexy women who are attracted to women are “a painful waste of evolution.”

While the community is mostly there to share laughs at the horrible writing, it’s also developed into a space for writing advice. Between the clips of head-scratching descriptions of women are posts from male writers asking for advice and feedback, wanting to do better than the men who came before them. In response to one of these threads, one redditor shared the most important guideline for men writing about women: “Rule #1 is don’t define a woman’s appearance or actions by the state of her titties.”