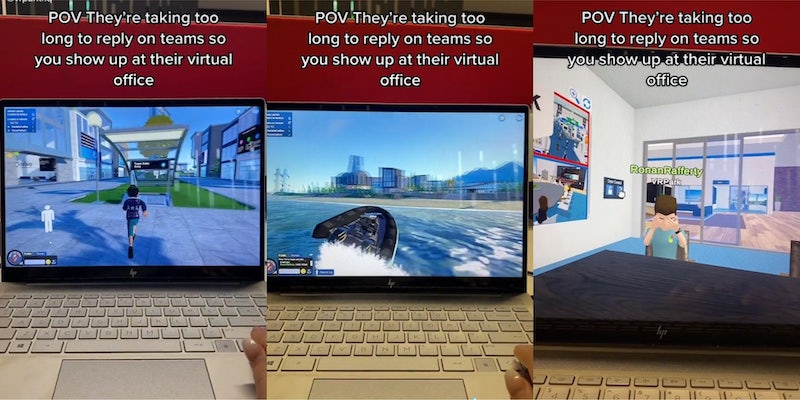 'The industrial revolution and its consequences.'

While the notion of a ‘metaverse’ has dominated tech headlines ever since Facebook swapped its name for Meta, to date, the actual implementation of metaverse software has failed to find a foothold in everyday culture.

Of Facebook’s nearly 3 billion users, only about 200,000 people currently use Meta’s ‘Horizon Worlds’ virtual reality app — down from 300,000 earlier this year. Decentraland, another metaverse product that garnered attention after touting $1 billion valuations, currently appears to have only 38 ‘daily active’ users, according to data from DappRadar.

Still, some are desperately clinging to the metaverse bandwagon. One such company is VRPark, which boasts that they are a “3D Virtual Reality Company specializing in the provision of immersive 3D Spaces for Work, Learning and Events.”

“VRPARK brings organic interactions back to workforces by bringing teams together in an immersive virtual world, replicating real-life scenarios,” the company wrote in a tweet. “Colleagues can collaborate and converse with each other seamlessly from virtually anywhere in a variety of different settings.”

VRPark has been posting humorous videos to TikTok for over a year, with several of its TikToks going viral. Now, yet another TikTok from VRPark has gone viral and sparked considerable discussion.

In a video with over 191,000 views, VRPark makes a joke about someone not responding on Microsoft Teams. Instead of waiting for them to log back on and answer, VRPark suggests meeting them at their virtual office and confronting them ‘in person.’

Many TikTokers who viewed the video reacted negatively.

“How does this exist as a business,” wrote one user.

“I’d quit on the spot,” stated another.

“Please my corporate life is already miserable enough,” shared a third. “Don’t add VR to it.”

“[we’re] in the bad place,” declared a further TikToker.

However, some approached the idea more optimistically.

“How do I find a job with this big game of sims,” asked a commenter.

“OMG this is actually cute,” offered a second.

“People saying we are doomed and I’m excited at the possibility of work being like a giant game of sims 4,” wrote an additional TikToker.

The Daily Dot has reached out to VRPark via email.