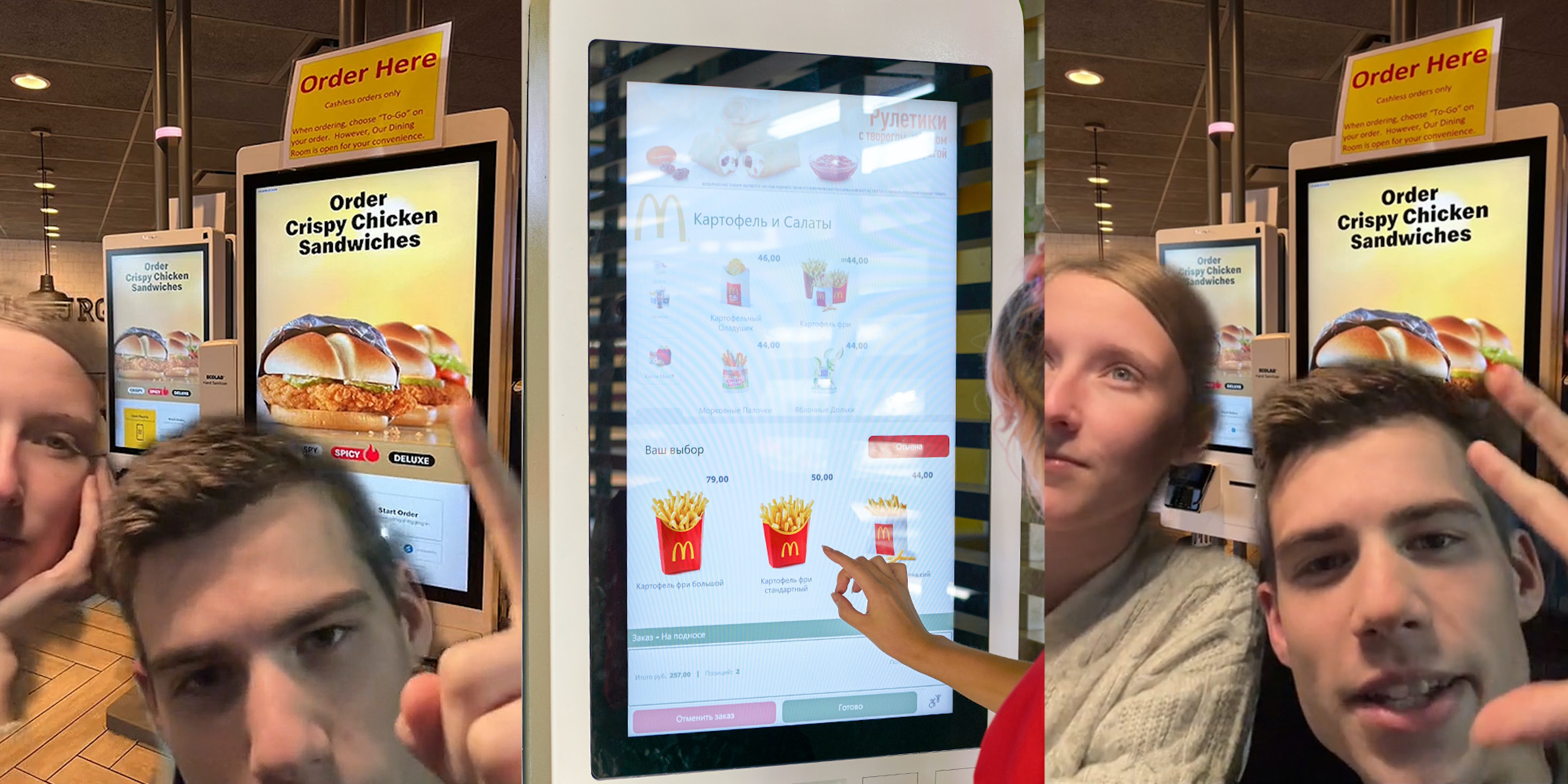 ‘It will not hurt you, I promise’: McDonald’s manager calls out people who refuse to use food kiosks, says technology won’t replace workers

A McDonald’s manager went viral on TikTok after calling out customers who are afraid to use their kiosks to order their food.

User Noah Anderson (@noahda238) typically posts content about his job at McDonald’s. In this video, he criticizes customers who refuse to use their kiosks.

In the clip, Anderson introduces himself as a McDonald’s manager and uses the Green Screen effect to show a photo of the McDonald’s kiosk in the background.

Anderson explains how many people refuse to use the kiosks because they “want to see someone face to face.” The TikToker emphasizes how he understands; however, when he’s busy, he urges people to use the kiosks.

“Just try to use it. It will not hurt you, I promise,” Anderson reassures. “Technology is not replacing McDonald’s workers. I don’t care what they say because it takes humans to run technology.”

In the caption, he asks an important question, writing, “Are McDonald’s Employees Being Replaced?”

The video has racked up over 11,000 views as of Sunday and resonated with viewers as they agreed with Anderson.

“ha….ya as an introvert and someone who doesn’t like talking to people….I will use it regardless,” a user said.

“I prefer to use the kiosk,” another stated.

“I try to use these no matter what. It gives the worker time to do my order and whatever else they were doing,” one viewer shared.

However, there were people who disagreed with Anderson, criticizing him for a variety of reasons.

“I don’t use them because they’re breeding grounds for all manner of germs lol there has literally been fecal matter found on them,” one person stated.

“I don’t even know how to use them. Tried using it last year and it was just too confusing,” a second wrote.

“Is it very obvious to the workers that my order was put in? Because sometimes it takes longer to get my food when I use that,” another said.

“You say this but then they get popular enough to where the kiosks take your job, just remember this tiktok you made, just saiyan,” one user commented.

Kiosks were introduced at McDonald’s in 2015 as another method of ordering food. This was implemented to comply with accessibility laws, including the ADA (Americans with Disabilities Act). In addition, the kiosks were put into place for two significant reasons: customer preferences and price efficiency. With one in four members of the younger generation preferring the kiosks and demands for a higher minimum wage, McDonald’s is adding kiosks to many different locations, according to Forbes.

The Daily Dot reached out to Noah Anderson for comment via TikTok comment and to McDonald’s via email.