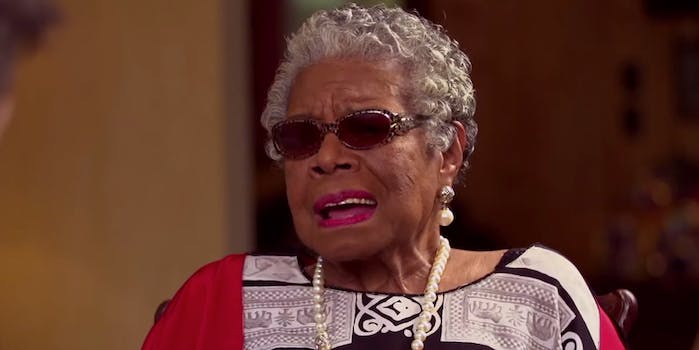 Dr. Maya Angelou managed to touch the life of another legend.

Dr. Maya Angelou, who passed away at age 86, touched the lives of Oprah Winfrey and Dave Chappelle. She also managed to influence another legend, Tupac Shakur, in an unexpected way.

In an interview with George Stroumboulopoulos in December 2013, Angelou discussed how she saw everyone as her “children.” She brought up an encounter she had with Shakur on the set of Poetic Justice, a film that incorporated many of her poems.

Shakur was on the verge of getting into a fight with someone when Angelou decided to intervene. She had no idea who he was, but she spoke to him anyway over his shouting. With just a few words, she managed to get through to him.

“Finally he heard me and stopped talking and started to weep,” she recounted.

H/T The Wire | Photo via Strombo/YouTube