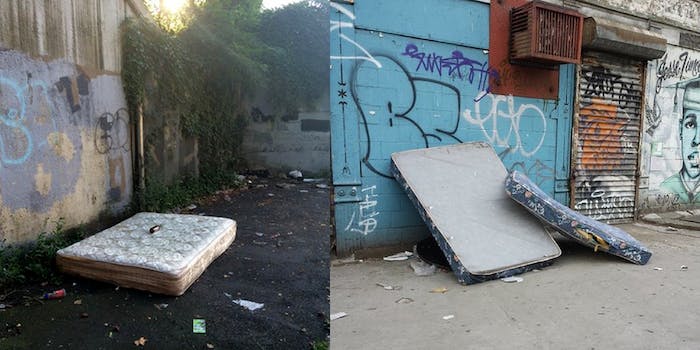 Scott Indrisek, 33, is the creator of the single-serving Tumblr blog Mattresses of New York, a compendium of pictures of stained, slashed, and filthy discarded beds inspired by the photo blog Humans of New York (HONY).

Each photo of a mattress includes a funny fictional story about it. You’ll also learn its location, so you can visit it in person.

“Photographing mattresses and reinventing them as ‘sculptures’ is perhaps a way to deal with my own phobias,” Indrisek told me. “Mattresses of New York seemed like a fun way to deal with both my OCD and my love/hate relationship with the contemporary art world.” 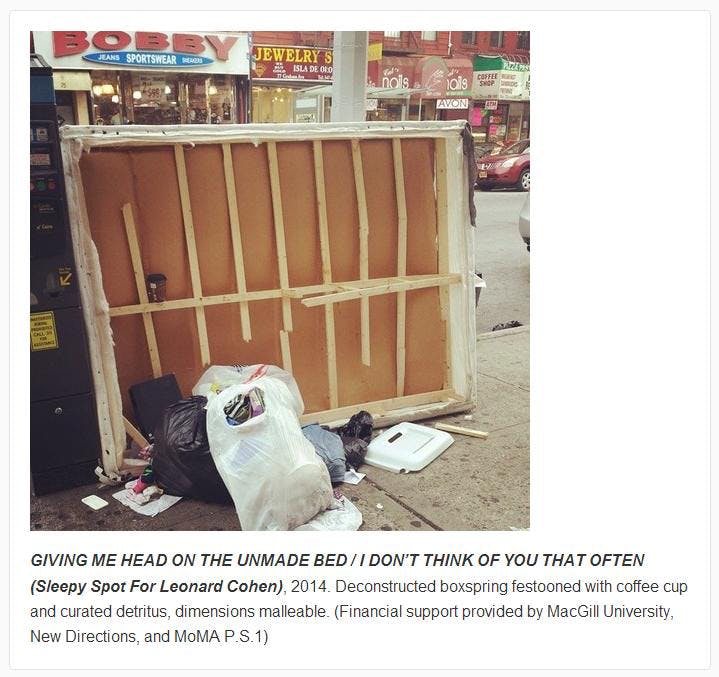 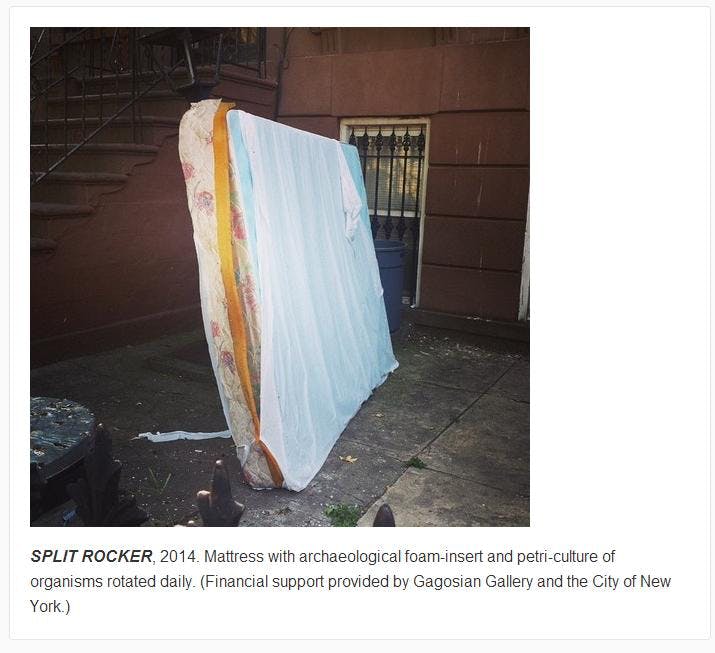 Indrisek’s Tumblr blog was also inspired by artists like Tracey Emin and Sarah Lucas, who used beds in their work. He was also moved by the ‘unmonumental’ trend in contemporary sculpture, in which a ruined box spring and a cup of coffee could take on new life in a gallery or museum.

“I tend to like the mattresses that are in pairs, and that seem to be leaning on each other in some way,” he added. “They almost look like dejected, drunken people, groping each other on the street corner.”

This isn’t the first success Indrisek has had with single serving Tumblr blogs. He is the creator of jamesfrancowithdicks.tumblr.com, Fifty Shades of Grey Lady, Brant Watch, and most notably Shit My Cats Read, featuring photos of cute cats reading books. Indrisek is also executive editor of Modern Painters magazine and a senior staff writer for Artinfo.com.

Check out some more of New York’s ugliest mattesses below. 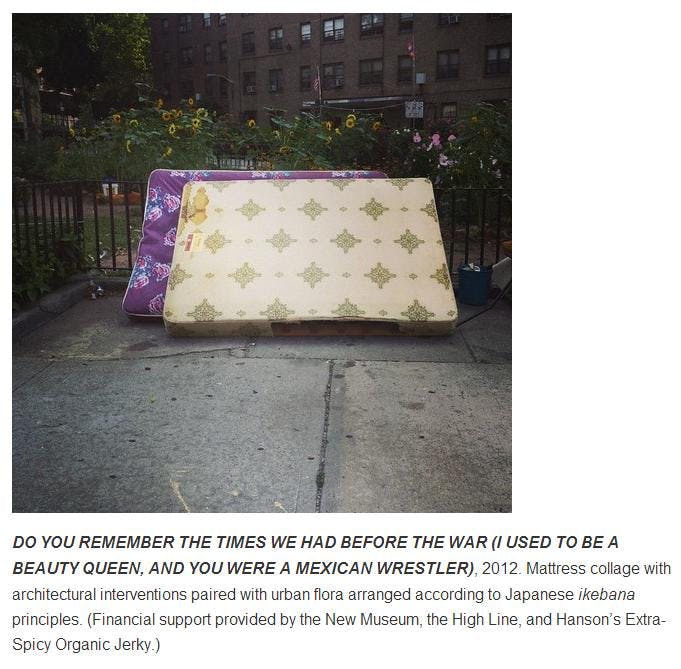 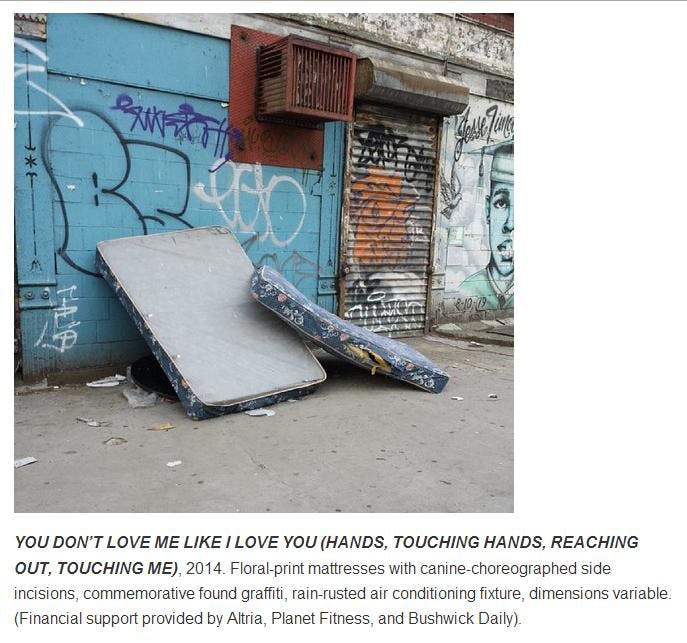 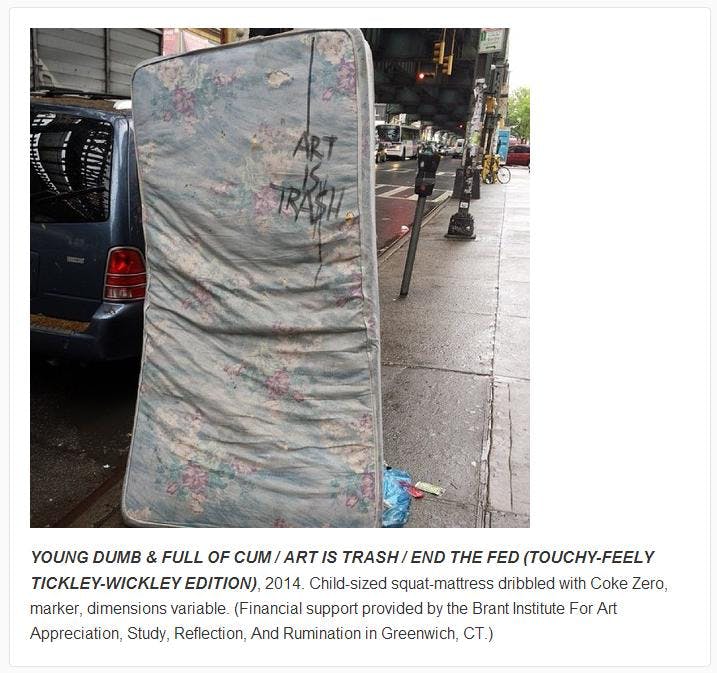