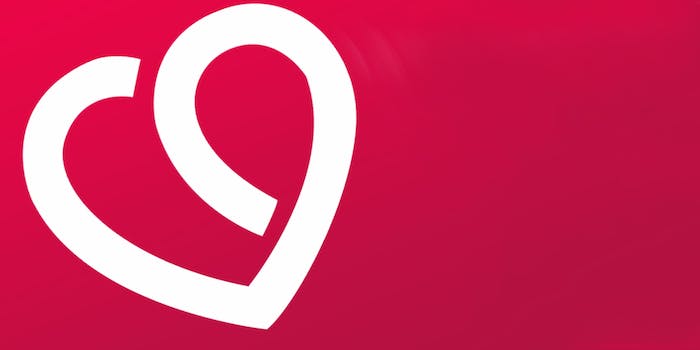 This dating app is the Middle East’s answer to Tinder

Matchmallows wants to help alleviate the pressure of online dating.

Three married friends in Beirut think they know how to find people meaningful dates—and it has nothing to do with shirtless selfies.

Caline Nahhas, Andy Tarabay, and Jad Arida watched as their floundered on Western dating apps. Part of the problem stemmed from a larger cultural issue with online dating and the fear of sharing too much information and too many photos. The trio sought to fix the problem with a unique and distinctly Middle Eastern creation of their own.

Matchmallows is their answer to Tinder, with more substance and less duckfaces. And though it’s off to a modest start with 20,000 downloads, the unique premise has been enough to attract singles from disparate pockets of the world.

“The main purpose of launching Matchmallows was the trending apps today are all related to appearance—like Tinder, it’s all about pictures,” Caline Nahhas, one of the founders, told the Daily Dot via Google Hangout from Matchmallows’ office in Beirut. “On the other hand, people here in the MENA [Middle East and North Africa] are afraid to publish their real names and their pictures.” 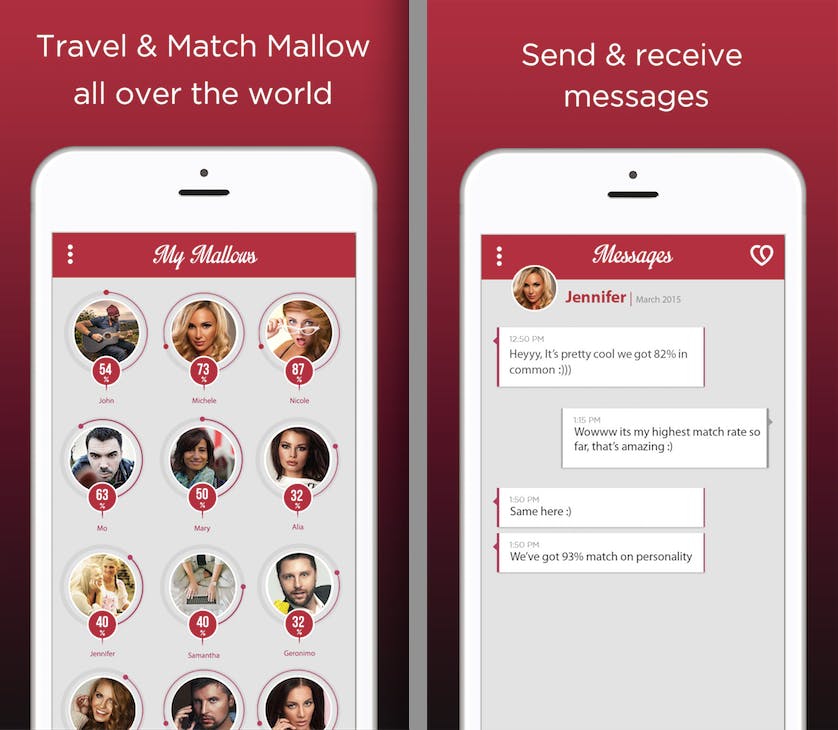 “That’s the basic difference from Tinder—that we’re combining photos of people with personality traits,” added Tarabay, who was sitting beside Nahhas. “So it’s not only about what the other person looks like: It’s how the other person thinks.”

They found that it’s mostly women who are intimidated by the idea of putting their photos online. “Here in the Middle East, it’s not like in the States,” Tarabay observed. “Especially women, they’re not really comfortable putting up a lot of photos of themselves.

That’s why photos are optional on Matchmallows. Users set up profiles after answering a series of 27 questions broken into three categories: passion, personality, and lifestyle. The answers to the questions are visuals, and the user is asked to choose the image that best represents his or her preference. The image-based questions were developed by psychologists and acquired by Matchmallows as part of its matching process.

Tinder is littered with people unloading their basic stats: “6’1”, lawyer, New Jersey native, Brooklyn resident, Crossfit devotee, diehard Yankees fan, etc. By contrast, the only way another Matchmallow user can learn how compatible you are before chatting is via a score based on these responses. While perhaps it’s not ideal for those accustomed to over-sharing online, it’s easy to see how it appeals to Middle Eastern daters who feel some sort of sociocultural limitation or don’t feel comfortable divulging any biographical information right off the bat. It’s just the right amount of sharing.

As I created my profile, I wondered whether my responses would actually craft an accurate representation of who I am. Does my preference of The Hangover over Despicable Me say anything significant about my personality? And while I enjoy booty dropping now and then, it was difficult to choose between four photos of people dancing and say with any sort of certainty that one best represented me.

And yet, after answering all of the questions, my personality summary was surprisingly accurate. “Marisa is peaceful, expressive, family-oriented, art lover”—that sounds about right. For me, the most modern of daters, something about this process rang true—that maybe this system could get closer to a person’s true essence. 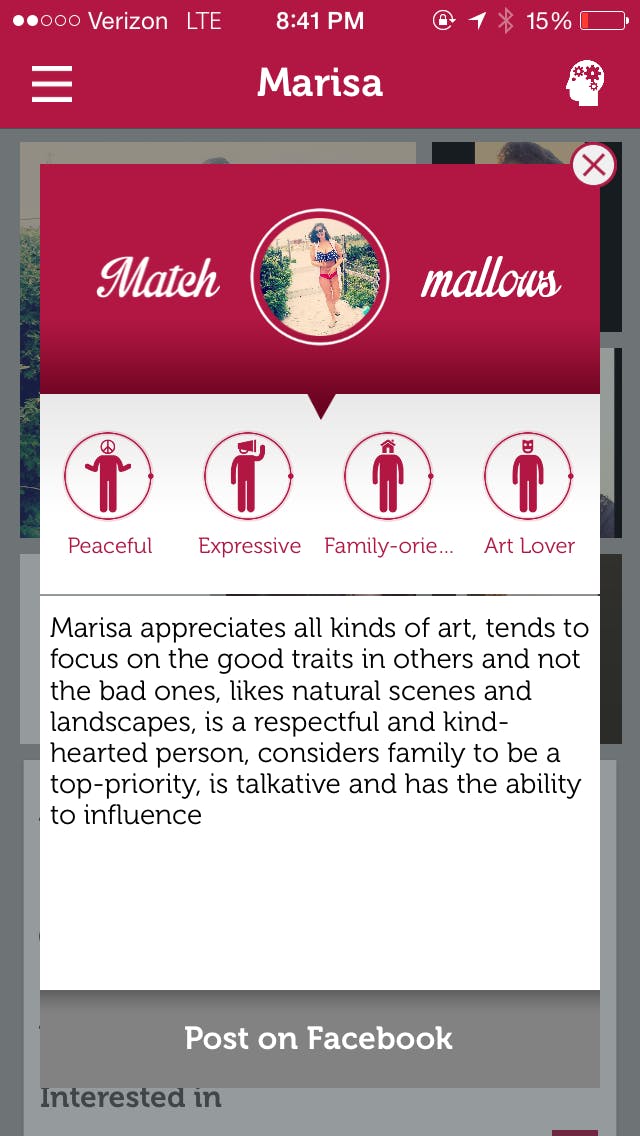 After answering the requisite questions, you’re brought to a more standard-looking profile page. That’s where you can decide which (if any) photos you’d like to display, your age, gender, which gender you’re interesting in being matched with, the age range of potential suitors, and a nickname if you’re not inclined to share your real name (unlike Tinder which automatically fills it from Facebook).

Based on the score from your questionnaire, you’re matched with users nearby who are 55 percent or more compatible. But if you’d rather have more control, a $9.99 per month “travel” subscription will allow you to view users with a lower percentage match and also those in other parts of the world. Just like with Tinder, a mutual right swipe is what it takes to unlock the key to text-based chatting.

Roughly 25 percent of the app’s users are located in nearby Saudi Arabia, but Matchmallows has been downloaded in places Nahhas, Tarabay and Arida never would have expected. It has 500 users in Thailand, for example, and hundreds more in France.

That the app’s available in 25 languages certainly helps its global appeal, as search traffic for dating-related keywords in those languages has led singles to it in their local app store.

Now that they’ve launched and the downloads continue to roll in, they’re working on new and improved features: Voice messages and video/photo sharing are all in the works. They remain focused on their goal of uniting people based on more than the physical.

“Dating is not only about appearance,” Nahhas said. “It’s mainly about having a soulmate.”

After cruising my local matches (of which there were few) and browsing members from other parts of the word, it appeared that most men actually opted to include photos of themselves. Despite the option of going picture-less, the Western ideals of online dating—where displaying one’s beauty is essential—seemed to have permeated Matchmallows. That unfortunately made it much like the apps that the founders hoped to combat, but you can’t fault them for trying.