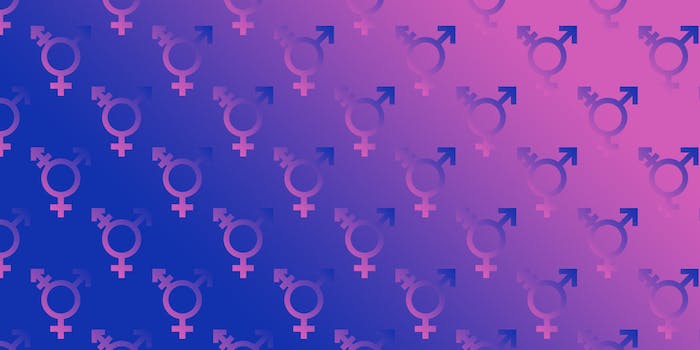 Will #TransBillMA pass and help turn the tide against discrimination?

In the wake of sweeping anti-LGBT laws across conservative states, a tide may be turning.

On Thursday, the Massachusetts Senate passed a bill that would protect transgender people from discrimination—even as states like North Carolina pass laws that explicitly discriminate against them.

Massachusetts Senate Bill 735 was on the roster for Thursday’s highly anticipated legislative session. The bill would add “gender identity” to an existing statewide non-discrimination ordinance that currently ensures equal access to public accommodations regardless of “any religious sect, creed, class, race, color, denomination, sex, sexual orientation… nationality, or because of deafness or blindness, or any physical or mental disability.”

Sen. Sonia Chang-Díaz of Boston introduced the bill on Thursday.

“I don’t stand here alone in presenting this bill. … This is just one step in a still arduous path,” said Chang-Díaz. “In particular, I want to thank the members of the transgender community who have shared their stories and their lives.”

“In Massachusetts we are civil rights pioneers by nature,” Chang-Díaz said. “It’s in our blood and cultural DNA.”

Like Loretta Lynch did in her speech last Monday announcing a federal lawsuit against North Carolina, Diaz referred to the racial integration efforts of the civil rights movement and the eventual passage of the Civil Rights Act of 1964.

“In excluding transgender members of the community from discrimination protections,” said Chang-Díaz. “We have relegated them to second-class status.”

“Our media has made such a spectacle out of ‘a big man dressed as a woman doing terrible things in women’s bathrooms.’ That isn’t the point of this bill,” said Chandler. “The point of this bill is children. They are the face of the transgender community of the future.”

By adding gender identity as a protected class, advocates hope to ensure that transgender people cannot be singled out for discrimination in public accommodations such as restrooms, businesses, hospitals, and swimming pools. Some of the speakers tried to negotiate with members of the senate who might feel personal bias against, or discomfort around, the idea of transgender people.

“One person’s discomfort is never a reason to infringe on another’s civil rights,” said Creem.

Among the political influencers supporting the bill is Boston Mayor Marty Walsh, who installed a transgender pride flag at City Hall on May 2.

Proud to fly the #TransFlag over Boston City Hall for the 1st time in MA history – a sign that everyone is welcome. pic.twitter.com/Nwpm8lAeJo

Walsh also issued a statement through Freedom Massachusetts in April urging the Senate to pass SB 735.

“In Boston we’ve had a law in place since 2002 that protects transgender people in public spaces,” said Walsh. “That law has made us safer, it’s made us stronger, and it’s made us more inclusive. It’s time for us to put those same protections in place across the state.”

The Thursday session was livestreaming online.

Also online, supporters of the bill urged its passage with social media posts tagged #TransBillMA. Many posting with the hashtag applauded the state’s differing stance. Others noted that Massachusetts has a long history of being on the liberal side of LGBT rights; after all, it was the first state in the country to legalize same-sex marriage in 2004.

Someone send the receipts from the #TransBillMA to North Carolina, MS, and GA. Legislation should expand freedoms not codify discrimination

Bring MA transgender protections up to standards of Cambridge (1997) and Boston (2002). MA was leader, now behind 17 states #TransBillMA

Senate President Stan Rosenberg, a vehement supporter of the trans equality bill, co-hosted a Transgender Visibility Panel at the statehouse on April 26 in order to highlight the voices and experiences of trans Massachusetts natives.

In a video from the statehouse trans panel, trans people—along with their family and friends—spoke directly to senators asking them to vote in favor of the bill.

The nondiscrimination bill is likely to pass quickly into law. Massachusetts Gov. Charlie Baker has indicated in several statements that he would not veto the bill.

In a recent interview with the Boston Globe, Baker’s spokesperson Lizzy Guyton said: “Governor Baker believes people should use the restroom facility they feel comfortable using.”