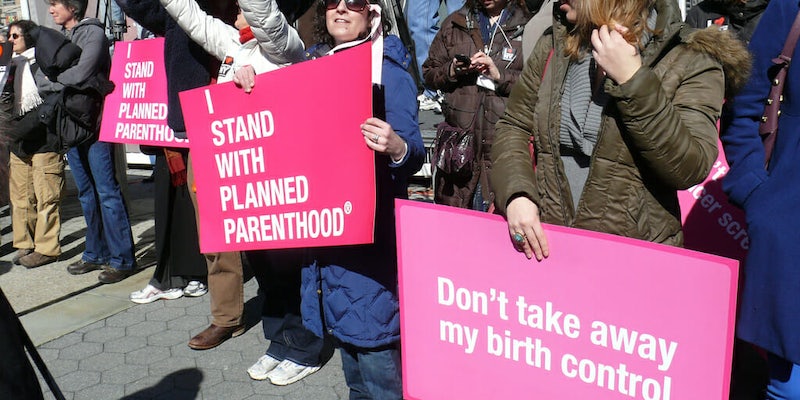 Maryland is the first state to formally commit to funding Planned Parenthood. On Thursday, the state passed a law permitting the use of the its own spending to reimburse clinics if federal funding gets cut off.

The bill passed into law without Gov. Larry Hogan’s signature, according to the Washington Post.

Democratic Sen. Richard S. Madaleno Jr., the bill’s sponsor, said Thursday, “Today, Maryland makes history… unfortunately without the support of the governor. While I wish our state didn’t need to fight the attacks on comprehensive health care by Congress, we are proud to stand up and protect access in Maryland.”

The Trump administration and the GOP-majority Congress have been adamant about cutting back on funding women’s health care, especially Planned Parenthood, the biggest provider across the nation. Even though no federal funding actually goes toward abortion care, just last week, Vice President Mike Pence delivered a tie-breaking vote on a bill that allows states to withhold Title X funds from clinics that also provide abortions.

In March, Congress and Trump also failed to repeal the Affordable Care Act and replace it with “Trumpcare,” which would have cut funding to maternity care and breast cancer screenings.

“As Marylanders, we must remember that a state solution does not change the fact that politicians in Congress are trying to prohibit millions of people from accessing care at Planned Parenthood,” said Karen J. Nelson, Planned Parenthood of Maryland’s president and CEO, in a statement Thursday. “It’s incumbent on all of us to keep up the fight for women.”