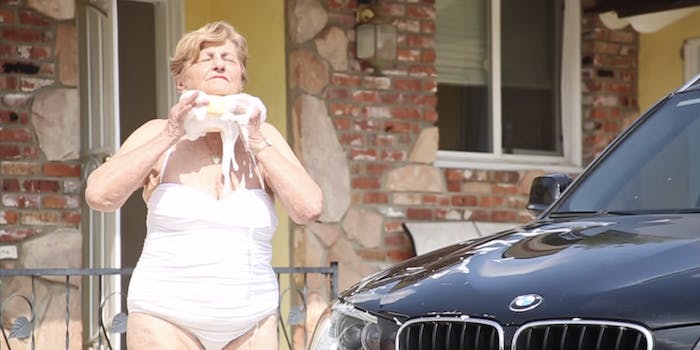 This 84-year-old woman will stop at nothing to be the next Carl’s Jr. burger babe

Fast food joint Carl’s Jr. is notorious for running sexy ads featuring bombshells like Kate Upton and Charlotte McKinney. But now, an unlikely contender is throwing her hat in the ring to be the next Carl’s Jr. girl: 84-year-old Mary Bartnicki.

Bartnicki, who is one-third of the YouTube trio the Golden Sisters, is about to celebrate her 84th birthday with a trip to Las Vegas, she told the Daily Dot. But her real birthday wish is to spread her love of Carl’s Jr. with as many folks as possible by becoming the chain’s next spokesperson.

“I really love Carl’s Jr.,” said Mary. “Listen, I’m Italian and I’m a cook. I never eat out. But that Monster Biscuit is so delicious. I want everyone to enjoy it. Especially older people.”

“That Monster Biscuit is so delicious. I want everyone to enjoy it. Especially older people.”

Bartnicki first rose to fame when her producer posted a video of Bartnicki and her sisters Josie Cavaluzzi and Teresa Dahlquist reacting to Kim Kardashian’s sex tape. Since then, her channel, 3GoldenSistersTV, has racked up more than 7 million views.

“I want older people to enjoy life. Too many people are depressed,” she told the Daily Dot. “You have to make yourself happy and enjoy life. And eating good food puts people in a good mood.”

Mary’s quest to become the next Carl’s Jr. spokesmodel isn’t a publicity grab. She genuinely loves Carl’s Jr., as she demonstrates in her audition video. The clip features Mary wearing a white one-piece and washing a car while her younger male companion feeds her a Carl’s Jr. burger. It ends with her firmly scolding the camera man for trying to take a shot of her rear. 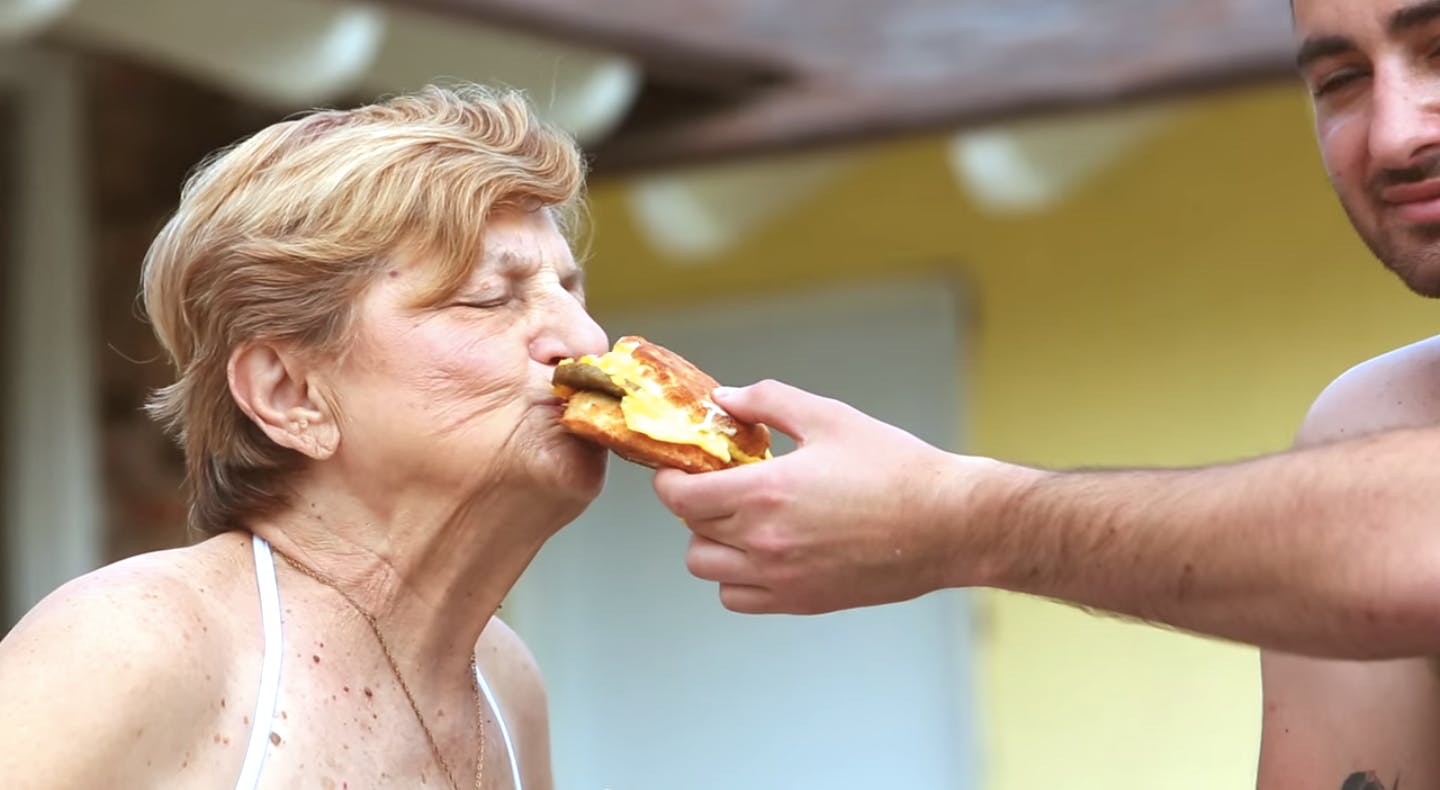 While some might interpret the video as objectifying or mocking an elderly woman’s sexuality, Mary is clearly enjoying herself, and she does seem to have a genuine appreciation for Carl’s Jr. cuisine. Her enthusiasm for Carl’s Jr. is infectious, judging by her fans who are tweeting the #GetMaryOnCarlsJr hashtag:

So what does Bartnicki think of Carl’s Jr.’s ads? Does she agree with the many critics who’ve argued that the commercials are sexist and have nothing to do with selling burgers? Apparently not.

“I think the girls are exquisitely beautiful,” Bartnicki told the Daily Dot. “What’s beautiful is beautiful.”

Bartnicki said she, like Upton and McKinney, was considered beautiful in her youth. While she used to lament the aging process, she doesn’t want to let getting older squelch her enthusiasm.