Your wedding day is supposed to be one of the happiest days in your life. It’s the only day that you can declare your eternal love for another person in front of your friends and family, while simultaneously getting smashed at an open bar. But for one couple’s special day, this grinning idiot decided to make the occasion all about himself.

One Redditor (who has now deleted his account) recently posted the following photo with the title “Any girl’s wedding nightmare,” which shows this teal-shirt-wearing sociopath proposing to a woman in front of the bride and groom. 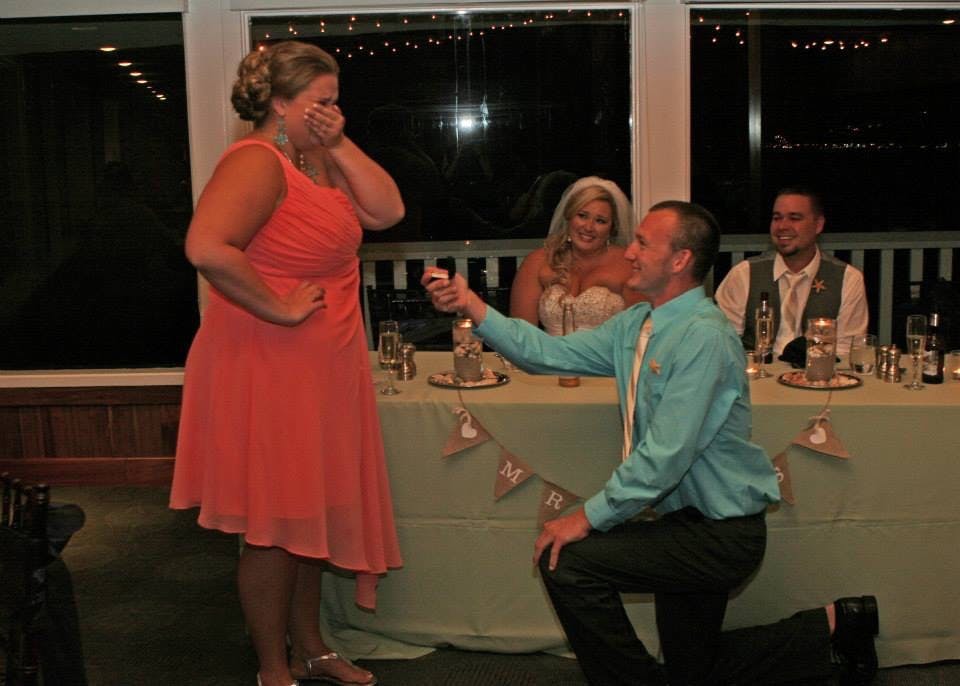 Look how happy they look! Screw them.

We don’t know exactly how the proposal went down, so let’s give this guy the benefit of the doubt. It’s possible, for instance, that he asked the couple whose wedding it was for permission beforehand.

But even if the other couple gave the OK, this dude has a pretty huge set of balls to propose to his girlfriend at someone else’s wedding. If I were the woman in the salmon dress, I’d be crying tears of disappointment that my man would pull a stunt like this.

But shoutout to the people actually getting married! They look like they were trying to be good sports. Hopefully they had an amazing honeymoon filled with lots of awesome sex. They deserve it after this nonsense. 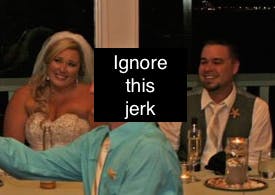