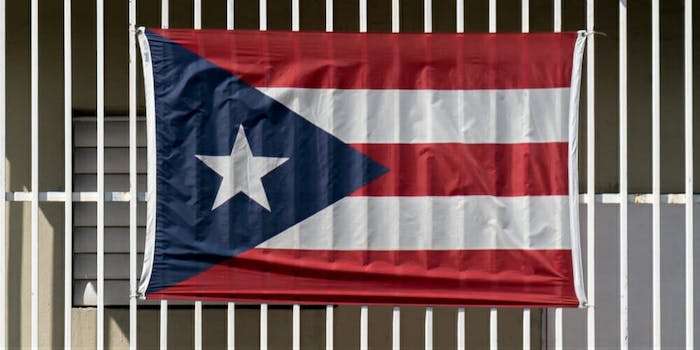 The man appeared to wrongly believe Puerto Rico is not a part of the United States.

An investigation is underway after a woman who was harassed at an Illinois park for wearing a shirt featuring the Puerto Rico flag said a police officer ignored her requests for help.

Mia Irizarry said she had rented an area of the Forest Preserves of Cook County to celebrate her 24th birthday on June 24th. Everything initially went well; there was a group of people in the area Irizarry had rented, but they politely moved away when they were told Irizarry’s group had a permit for the area. Rather, all but one of them politely moved away.

In a now-deleted Facebook video Irizarry had posted, a man from the other group can be seen coming toward Irizarry, saying, “You should not be wearing that in the United States of America. Are you a citizen? Are you a United States citizen?” Irizarry tries several times to explain to the man that Puerto Rico is actually a part of the United States, but in all of his returns to accost her, he does not appear to listen or understand this.

Irizarry asked a park police officer to intervene multiple times, pointing out that the man was harassing her, and that she paid to rent the area he was intruding on. At one point the officer can be seen walking away from her as she says, “Officer, I feel entirely uncomfortable, can you remove … please officer.”

Other officers arrived on the scene, and while they were responding to a different report, Irizarry finally got the help she needed from them. A female officer asked for the man’s ID and can be heard in the video saying, “You don’t come here harassing people. People have just as much right to be here as you and when you’re drunk, you don’t belong here.”

The man was placed under arrest and charged with assault and disorderly conduct. The Forest Preserves of Cook County released a statement on Twitter, saying the officer who refused to help Irizarry has been placed on desk duty pending the results of an investigation into his actions that day.

All people are welcome in the Forest Preserves of Cook County and no one should feel unsafe while visiting our preserves.

Update 5:55am CT, June 12: The Cook County Forest Preserves officer, Patrick Connor, resigned on Wednesday, according to a statement via the department’s Twitter account. The Forest Preserves added that this “isn’t where our work ends,” and will further discuss the incident with the media on Thursday.

Effective today, Officer Patrick Connor no longer serves in the police department of the Forest Preserves of Cook County. He resigned late today. But that isn’t where our work ends.

We are further addressing aspects of this incident and more information will be shared here and with the media tomorrow. No further information is available this evening.

Update 1:48pm CT, July 13: The man who harassed Irizarry, 62-year-old Timothy Trybus, has been charged with two felony hate crimes. He is the first to be charged under Illinois’ new hate crime statute, which passed last year.