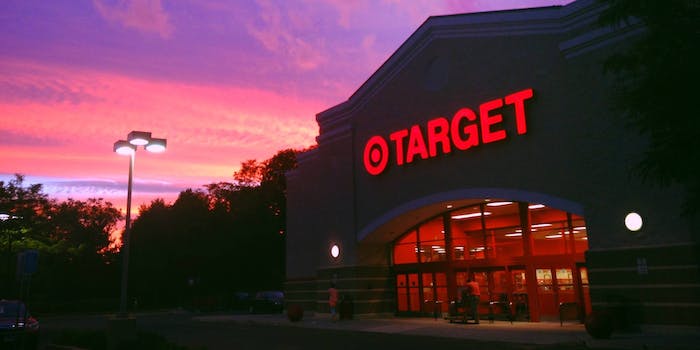 Police eventually arrested him, but only for a minor offense.

A woman turned the camera on the Florida man trying to film her after she recognized him from an incident two years ago.

According to Candice Spivey, who recorded the encounter and posted it to Facebook on April 27, a man approached her in a Yulee, Florida, Target while she was shopping in the bikini section and asked her about a maxi dress he purchased for his wife. The line of questioning quickly became inappropriate, and Spivey instantly recognized him from their encounter at a grocery store two years ago—except that time, he had two small children with him.

This time, she was more confrontational with the man, who began running the instant she called him out. She urged others to call the cops as she chased him out of the Target.

The Nassau County Sheriff’s Office caught up with the man, identified as Jeffrey Polizzi, as he tried to flee the scene in his truck after police arrived at the Target. Polizzi, who has a previous arrest for video voyeurism, was charged with reckless driving.

On its Facebook page, the Nassau County Sheriff’s Office urged anyone who has been approached by Polizzi to come forward.

Spivey noted that Polizzi has a history of putting cameras in his shoes to film girls in changing rooms.

“This guy is a huge creep and he’s only being charged with reckless driving, which in this case yesterday he didn’t do anything YET because he ran off,” she wrote. “In [sic] not concerned about charges, I mean I am but I’m more concerned with his face getting out there and him being stopped.”