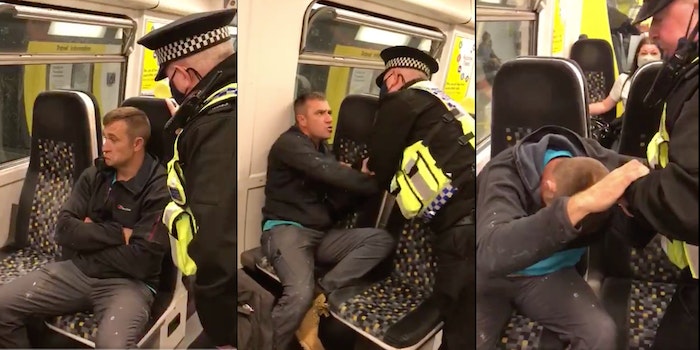 The man was charged with assaulting an emergency worker.

A viral video shows a British man fighting a police officer on a train after refusing to wear a mask and allegedly coughing on passengers. Reddit commenters have dubbed the man a “Karen” for seemingly acting entitled and endangering other passengers.