The fashion designer's social team was accused of being insensitive for continuing to plug her line after her death was announced.

After the suicide of fashion designer L’Wren Scott was announced yesterday, one would have expected her social media and PR team to go under the radar for a while, or at least post a few understated and respectful tweets honoring Scott’s memory.

But we’re talking about the world of fashion PR here, where “understated” and “respectful” is not in anyone’s vocabulary. So what happened instead is that Scott’s Facebook and Twitter pages continued to be updated after her death, leading many in the fashion world to wonder if the designer was tweeting beyond the grave, or had just hired a terrible social media team.

Although Scott’s social media accounts have since been deleted, her fans on Facebook were outraged to see that a photo of dresses from the designer’s line was posted hours after her death. The photo, which depicts the dresses hanging ominously off a tree, prompted many followers to wonder if it was a morbid reference to the designer’s suicide: 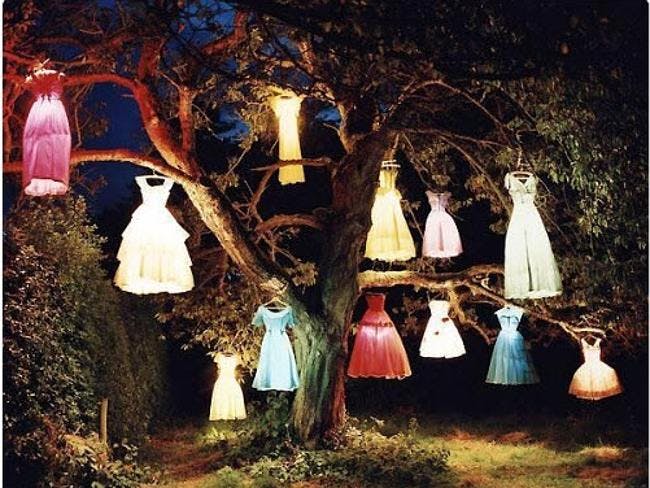 But Lwren tweeted 3 hours ago??? pic.twitter.com/2FCHB0TZ65

Both the tweets and the Facebook post were apparently scheduled to publish automatically. But that was no excuse for Scott’s followers, who were enraged by what they perceived as her social media team’s lack of sensitivity to her death. “WTF please stop posting! She passed away and you keep posting like nothing f***ing happened?” one fan wrote. Another criticism was more to the point: “PR company should really keep up with their clients Google alerts.”

This is not the first time a fashion PR company has been accused of insensitivity, or using a personal tragedy as an opportunity to promote their brand. Last month, the public relations team for Valentino came under fire for sending a press release promoting a handbag the actress Amy Adams was carrying at Philip Seymour Hoffman’s funeral. In response to the criticism, Valentino issued a public apology, claiming they had no knowledge the photo was taken at Hoffman’s funeral.