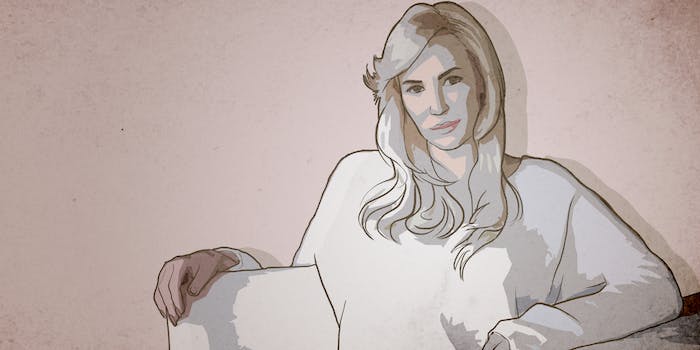 Twitter pokes holes in actress’s memoir about time in Zambia

Scottish actress Louise Linton spent a year in Zambia when she was 18. And she lived to white a book about it.

The self-published memoir, In Congo’s Shadow, tells the tale of Linton, a “skinny white muzungu with long angel hair” who survives an attack by Congolese rebels in 1999, while trying to care for an HIV-positive orphan.

Except it might not be true. After an excerpt of the book was published in the Daily Telegraph on July 1, critics took to social media to scrutinize her story. Spawning the hashtag #LintonLies, people have challenged the veracity of Linton’s account of her year in Zambia, pointing out that no such attack by Congolese rebels occurred in 1999.

Ugh. Do people still think we don't have internet in Africa? In the 'jungle'. That we'll never read what they write about us. #LintonLies

BuzzFeed reported that Gerard Zytkow, the owner of a fishing lodge near where Linton reportedly volunteered, took to Facebook to refute a passage from Linton’s memoir.

He said a Congolese rebel boat did arrive in the area at one point — but it came to surrender. And soldiers who came a couple days later “were tired hungry and thirsty,” so he helped them. “I know all this because I was there,” he wrote. “Shame on her for her mindboggling and nonsensical fiction. Her book should be banned. Ot at least nbe [sic] presented as warped fiction.”

In May, during publicity leading up to the book’s launch, Linton apologized on Twitter for any offense she had caused readers—who were already poking holes in her story. Her account has since been deleted.

Linton did not immediately return requests for comment from the Daily Dot. But she provided Buzzfeed with a statement about the matter:

I am genuinely dismayed and very sorry to see that I have offended people as this was the very opposite of my intent.

I wrote this book with the hope of conveying my deep humility, respect and appreciation for the people of Zambia and my sincere hope of making a positive impact there as an 18-year-old volunteer in 1999. I speak at length about the country’s incredible beauty and my immense gratitude for the friendships and experiences I had there. My aim has only ever been to honor Zambia and to share the experience I had there as a means of reminding people to care more deeply about the challenges people face in other regions.

As noted in the book, this memoir is based on my recollection of events from 1999.

In the meantime, Linton’s memoir has already sparked parodies. One on BuzzFeed titled “How My Dream Gap Year in Europe Turned into a Nightmare” is a tale of a student from Africa who comes to teach poor children at a fishing village in Cornwall. She has to hide from “merry youths” who descend upon the village wreaking havoc.

An op-ed in the Washington Post calls Linton’s story a narrative that “nails every cliché” in the White Savior genre. Another parody published on Granta, “How to Write About Africa,” focuses on Linton’s use of African stereotypes, noting:

Among your characters you must always include The Starving African, who wanders the refugee camp nearly naked, and waits for the benevolence of the West. Her children have flies on their eyelids and pot bellies, and her breasts are flat and empty. She must look utterly helpless. She can have no past, no history; such diversions ruin the dramatic moment. Moans are good. She must never say anything about herself in the dialogue except to speak of her (unspeakable) suffering.

And then there’s another twist to the story: Linton is also dating Donald Trump’s finance chief Steven Mnuchin.