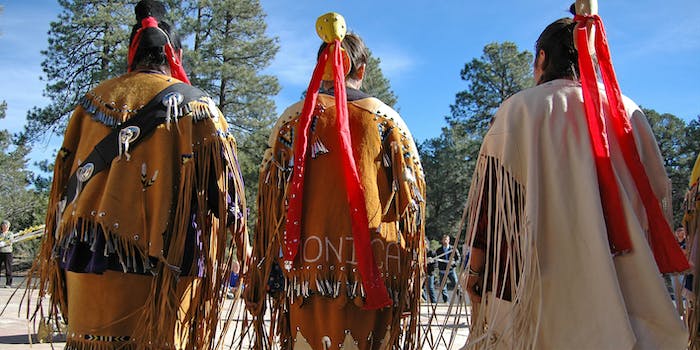 L.A. joins a growing list of cities against 'a state-sponsored celebration of genocide.'

The measure was approved in a 14-1 vote, with only Councilman Joe Buscaino abstaining (he wanted to have an all-encompassing name for the day). Several council members suggested moving Indigenous Peoples’ Day to Aug. 9, the United Nations’ day for commemorating Native Americans, but the council ultimately rejected that proposal.

“To make us celebrate on any other day would be a further injustice,” Castro said according to the Los Angeles Times.

Columbus Day was originally created as a federal holiday in 1937. The day has since become a major symbol for the Italian-American community, who see Christopher Columbus as a noteworthy Italian figure in American history.

In recent years, however, Americans have turned less of a blind eye toward Columbus’ and his heinous actions against Native tribes, including pillaging communities, committing genocide, and supervising sexual slavery. According to genocide expert David Stannard, Columbus and fellow European “discoverers” murdered between 70 million to 100 million indigenous people from 1492 to the mid-1500s—“the largest ongoing holocaust in the history of humanity.”

Several cities across the U.S. have already changed Columbus Day to Indigenous Peoples’ Day, including Seattle, Phoenix, Denver, and Portland, Oregon. This has led to tension between Native groups and Italian-Americans, who see the day as a commemoration of anti-Italian sentiments during the early 20th century.

“Why don’t you stop picking on Christopher Columbus as though you’re picking on our people,” John Giovanni Corda, a Sardinian Beverley Hills resident, told the city council according to the Times. “We never hurt you. We never wanted to hurt you.”

“This gesture of replacing Columbus Day with Indigenous Peoples’ Day is a very small step in apologizing and in making amends,” Bonin said.