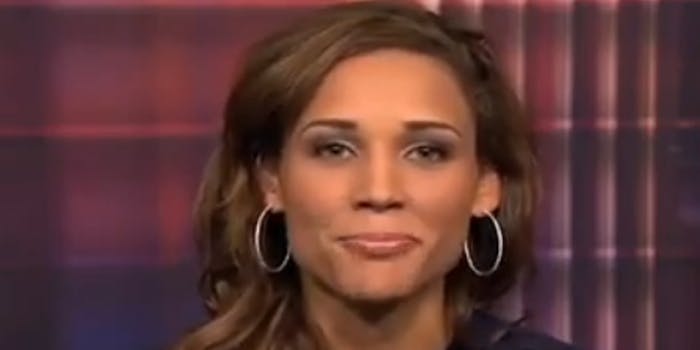 Some guy named Bubby Lyles just gave hope to every lonely kid on the planet with a hopeless celebrity crush and a Twitter account.

Lyles scored a date with Olympic track star Lolo Jones, and all it took was a single tweet—and the help of 150,000 strangers.

On June 20, Jones promised to go on a single date with the Georgia State student if he got 150,000 retweets. It took him a while, but Lyles was tenacious. By Wednesday evening he’d crossed the threshold. The tweet now sits at 150,318 retweets and 24,857 favorites. Jones proved true to her word. In an interview earlier today, she accepted.

@harrylylesjr 2x Olympic champ @elsupersanchez ran down to the dining hall and told me the news. I cant wait to go out on our date!

Lyles has already received some golden advice ahead of the big date, thanks to double Olympic champion Felix Sanchez.

“@harrylylesjr: Good looking out @elsupersanchez, looking forward to it @lolojones” have fun, be a gentleman and behave yourself young man!

In an interview, Jones, who is also a member of the U.S. national bobsled team, conceded she probably should have found out how old Lyles was first and set a deadline for his challenge. That said, she’s considering flying the student out for the date.

Jones has an olympian’s appetitie, and admits she might order four entrées at dinner. We hope Lyles has been saving up for the occasion.