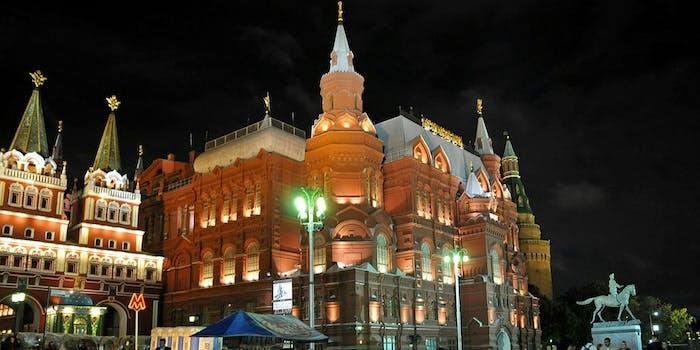 A Russian law on 'political convictions' and 'extremist' viewpoints could mean censorship of queer content.

Remember LiveJournal, the online blogging service popular with fanfiction users during the early 2000s? Well, LiveJournal users are leaving the Russian-owned site after a new user agreement says it will ban posts about “political convictions” and “political solicitation,” which could effectively include LGBTQ content.

On April 4, users grew upset after reading the agreement’s clauses that state that LiveJournal users must not “post advertising and/or political solicitation materials” and are forbidden from “perform[ing] any other actions contradictory to the laws of the Russian Federation.”

The Russian law that has users most concerned, even those outside of Russia, is a hefty one: If “more than three thousand Internet users access [a User’s] Blog within 24 hours,” the site can ban “disseminating… extremist materials and also the materials propagating pornography” as well as “materials containing obscene language.” It can also prohibit “the dissemination of information for the purpose of discrediting a citizen or some categories of citizens on the basis of sex, age, race or ethnicity, language, religion, trade, place of residence and work and also in connection with their political convictions.”

On the surface, the law sounds pretty reasonable. But in the context of the Russian government, banning “extremist materials,” “pornography,” and “political convictions” has a much more sinister undertone.

Tumblr user suricattus argues that the law may be used to outright ban any form of LGBTQ discussions on the website. “Short version, as I see it: nothing obscene by Russian legal standards (in Putin’s Russia, LGBTA discussions could fall within that, much less actual smut), and even if you’re squeaky clean and hetero-vanilla, any and everything you say is subject to their (legal) judgement,” suricattus writes.

The concerns are not unfounded. Previously, a member of the Russian Duma wanted Disney’s Beauty and the Beast banned from Russia over accusations that the film encouraged gay propaganda. And according to Mic, the Russian court ruled confronting and discussing homophobia is “extremist” because doing so will “incite social and religious hatred.” In other words, the Russian Federation’s laws could censor LiveJournal LGBTQ activists and fanfiction writers because their material may be accessed by minors, or otherwise challenge Russian homophobia.

LiveJournal was bought by Russian online media company SUP Media in 2007. For a long time after the purchase, LiveJournal remained in San Francisco—and thus, in U.S. jurisdiction—so users weren’t necessarily concerned about their free speech being censored on the site.

“LJ’s servers have moved ‘closer’ not to its authors and readers, but to those who want to monitor them,” Nossik said, according to a translation from Global Voices Advocacy.

Writer Sam Starbuck is similarly encouraging LiveJournal users to embrace Dreamwidth, a LiveJournal-esque website “which in terms of ideology and philosophy is run by fans and fairly liberal.”

“At the very least, I would back your LJ up on Dreamwidth (and throw them some dollars if you can, they work hard),” Starbuck wrote.