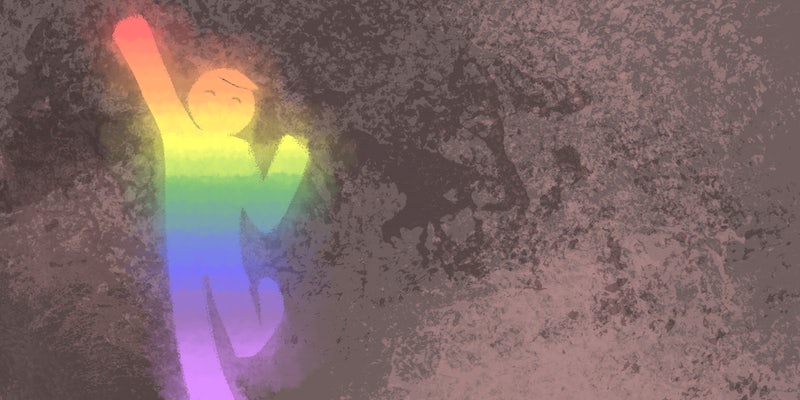 This little boy is so, so happy that gay marriage is now legal

'There were literally, like, fireworks erupting in my chest and heart.'

People flooded the streets of major cities all over the United States after the Supreme Court announced its decision to legalize gay marriage. But one little boy in New York City expressed all the feels that gay marriage advocates are feeling on this historic day.

Finn Keenan was interviewed by Newsweek‘s Zoë Schlanger on Friday afternoon, hours after the SCOTUS 5-4 decision was handed down. Draped in rainbow flags, he spoke of his pure excitement about the ruling.

Meet Finn Keenan, 9, who heard the ruling on his way to school "There were fireworks exploding in my chest and heart" pic.twitter.com/JRt3UKh1fr

“I was shocked, as much as I was excited. I was even a little dumbstruck,” Keenan said. “There were literally, like, fireworks erupting in my chest and heart.”

He added: “I think this has proven that in this nation, there are no limits. That’s what makes the U.S. the U.S.”