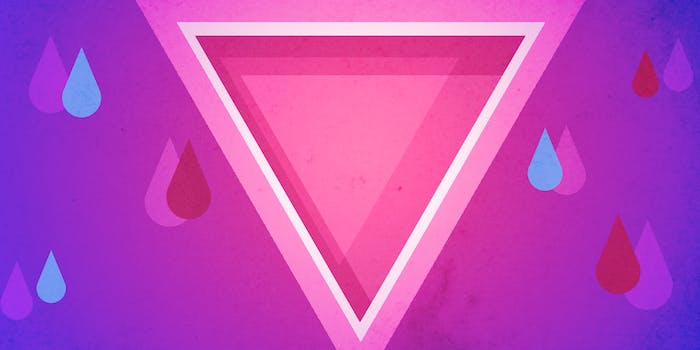 The LGBT community mourns Alton Sterling and Philando Castile, too.

For the LGBT community, the police killings of Alton Sterling in Baton Rouge and Philando Castile near Minneapolis were a reminder that fighting police brutality and gun violence are a shared struggle with the black and Latino communities at large—especially when it comes to supporting LGBT people of color.

In a statement on Thursday, Human Rights Campaign President Chad Griffin said that HRC staff was “horrified and saddened” at the news of the police shootings and compared it to an “epidemic of brutality that continues to plague our nation.”

“The LGBTQ community is as diverse as the fabric of our nation,” Griffin said in the statement. “We are African-Americans, Latinx, women, Christians, Jews and Muslims—and so many more identities—and we must stand together against violence that targets any portion of our community. Today, as we grieve and mourn, we are also united in demanding solutions to stop the tragic epidemic of police-involved deaths.”

A number of LGBT leaders and celebrities spoke out on social media about the police killings of Sterling and Castile, in outpourings of emotion that often referenced the community’s recent trauma over the massacre in Orlando.

We haven't healed as a nation from the last senseless, unjust slaughter and here we are again, shaking and crying and angry, retraumatized

Like I felt about Orlando, EVERYONE should be speaking out about this too! #BlackLivesMatter https://t.co/dIcSYdJHOj

I, too, am angry tonight. I was angry last night. I feel myself angry at this country often these days. But my anger does not sit alone.

I want to be able to look at a police officer and not immediately run through my "try not to get killed by that cop” checklist.

Lambda Legal CEO Rachel Tiven published a statement calling for a “swift and thorough investigation by the Justice Department.”

“LGBT people, especially LGBT people of color, know too well that police can discriminate, harass, and profile us when they should be protecting us,” wrote Tiven in a post on the Lambda Legal website.

The Anti-Violence Project, which released its latest annual report on anti-LGBT violence in early June just days after the Pulse shootings, tweeted a reminder that gun control talks after Orlando must factor in police violence too.

Post Orlando there's been much talk of ending gun violence in the US. Then we must be very loud today for #AltonSterling & #PhilandoCastile.

According to the AVP report, LGBT people of color are twice as likely to be physically attacked compared to whites, with 80 percent of LGBT survivors of violence saying that police were “indifferent or hostile” when they tried to report incidents. As a result, the number of victims who reported violence to police fell by half between 2014 and 2015.