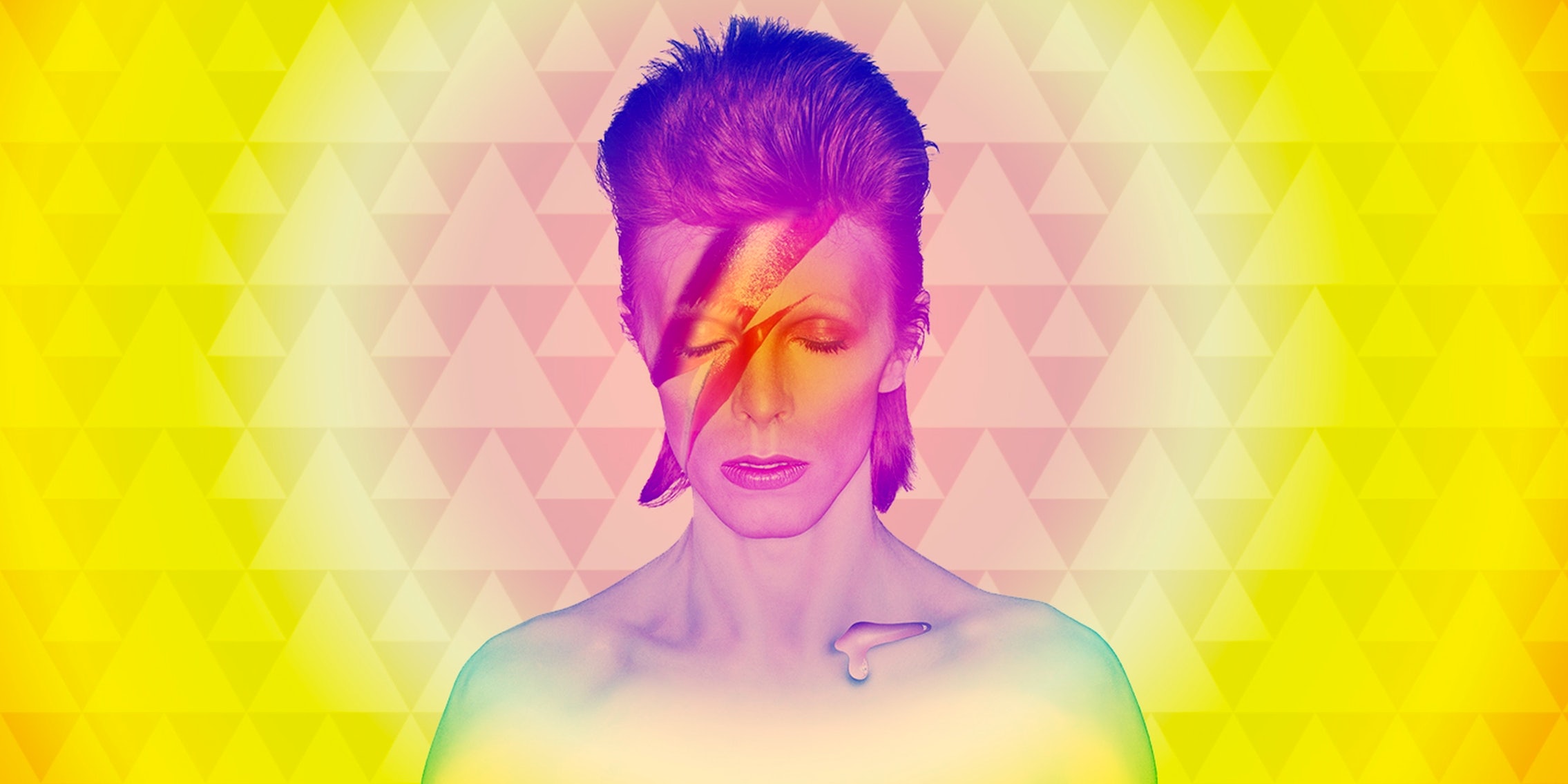 'In imitating Bowie, I felt more like myself than ever before in my life.'

I remember my own Bowie phase. I was 18 and my gender identity felt like an unstable rocket about to explode into an unknown direction. It was the mid-1990s and there weren’t any words for what I was feeling. There was just David Bowie.

For freaky, queer outsiders growing up in the ’70s, ’80s, and ’90s, relatable pop icons were a small group. Upon finding Bowie, I remember realizing that it was possible to not only exist as something outside of “boy” or “girl”—but to be terrifyingly beautiful while doing so.

I cut off all my hair and bleached it bright orange. I wore suits, ties, and big outfits pieced together from thrift stores. I beamed with pride when I passed for a boy. I wasn’t particularly butch, but certainly Bowie-esque: a long, thin, pale, slightly effeminate, and mysteriously gendered alien in garish dress. It was a phase that didn’t last very long, but it cemented in me the understanding that gender is flexible, something to play with, a galaxy of overlapping Venn diagrams. In imitating Bowie, I felt more like myself than ever before in my life.

On Monday the world woke up to the shocking news that Bowie had died of cancer the night before. The LGBT community was impacted in a special way: For us he was a forefather. 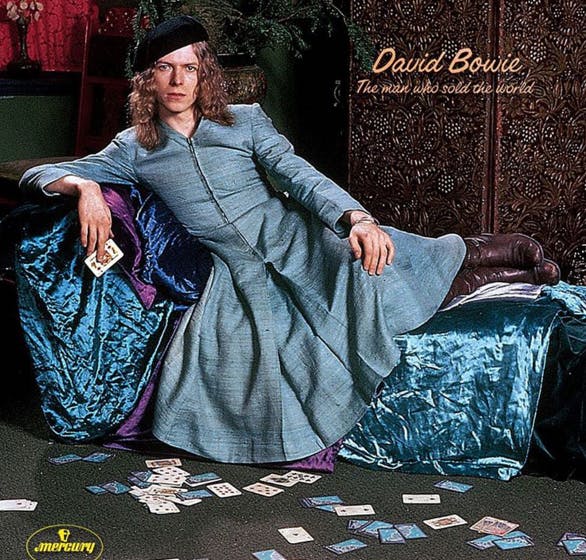 Bowie first came out as gay in a 1972 Melody Maker interview. Later, speaking to Playboy, he changed his identity to bisexual. Over the years, he would continue to change the terms he applied to himself with the same frivolity and artistry that he applied to his music and fashion. Bowie insisted on being addressed as the queer he looked like. He introduced the world to the idea that one could be a flamboyantly strange fairy, a man in a dress, a seductive beauty with no particular gender, so outside of all existing boundaries and categories that no one could say a negative word in response. It was all part of his plan.

Bowie’s iconic queer sensibilities were unavoidable. For many LGBT people, Bowie was one of the first people they’d ever seen be so shameless and get away with it. The Daily Dot reached out to several LGBT artists and activists—some icons in their own right— to pay tribute to him on the morning after his death.

Williams was one of the earliest transgender actresses, appearing in a string of John Waters films starting with 1972’s Pink Flamingos.

It was after the Diamond Dogs show at Tower Theater in Philadelphia that I went backstage. That show was either in ’73 or ’74. That was the first time I ever met David. First and foremost, I was actually struck by how incredibly beautiful he was. Later, I was lucky enough occasionally in New York to be in his company when he wasn’t working.

I can’t really say I was an intimate of David’s. I hung out with him, I spoke with him. He was lovely, a dedicated artist. He had an extraordinary grace and gentility. I don’t think people today really understand the magnitude with which he was putting it out there. There was either unfettered adoration or complete horror. There were people who were horrified by his presentation. He was genuinely pushing the boundaries. Make no mistake, it was a theatrical decision.

It had a gigantic impact when he declared himself bisexual. It had an impact on people who were never exposed to any such notion. Yet they were so impacted by his music and presentation. It made them rethink how they felt about… things like genderqueer didn’t even have a name at that time. It was defiant. David’s presentation was unapologetic.

The greater impact is that he took that subset and shattered it into the mainstream. He had just as many, or more, fans outside the LGBT community who adored him. He broadened the visibility. There was no word for this stuff. There was no transgender. It was only “sex change.” And that wasn’t a verb, it was a noun. Now, I co-facilitate a gender group here in Philly. And there are youngsters who identify with all these things and I have to do my homework to catch up on it all. Now they have pronouns like zo and ze and zem. We did not have a word for it.

We recognized gender fluidity, and viscerally we understood gender as being more nonbinary. And I think that David expressed that non-binary construct even before it had an official word.

Bornstein is the author of several prominent works of gender theory, including Gender Outlaw, My Gender Workbook, and the memoir, A Queer and Pleasant Danger.

I’ll be 68 in March. David Bowie was about my age.
So it’s not so much that he had an impact on me when I was very young. It’s more that someone my age was talking about boys in dresses with longing, and I’d never heard that before. That was a moment of great freedom. It was something I could lean on.

No one ever talked with love, with joy, about glam and about blended genders. No one said “fuck you” to the establishment of having to be a boy or a girl as well as he did. It was so playful. No one could get angry with him. It was brilliant. It wasn’t mean. It was fierce. And he got away with it. He used seduction. The kind of seduction that’s only available to someone that’s androgynous. He modeled that.

It was like walking in the dark and there was a lighthouse. Today there’s a more secure place for trans folk, that’s for sure. But if Bowie taught me anything, it was the value of insecurity. He kept changing and changing. With each album, the music changed…

It was no surprise when he called himself gay or bisexual, but the fact that he said it—oh my god. The courage. And that he kept on being brilliant and in the public eye, that was what was important. I think the whole world just went, “well, duh.”

Tea is the author of several novels and memoirs that reflect lesbian, queer, working-class, and sex work themes. Her book Valencia was made into a feature film in 2013. Tea posted the following statement to Facebook, which is re-printed with permission.

Once I dreamed I was walking through the New England Aquarium with David Bowie and it was the most beautiful dream I ever had. It was like looking at fish with god. I felt so deeply loved and understood, and when I woke up I felt this grief that I wouldn’t be able to feel that again but probably we all will eventually and probably David Bowie is feeling it now. I didn’t think he would ever die because I didn’t believe he was human. Now I really know we will all die. 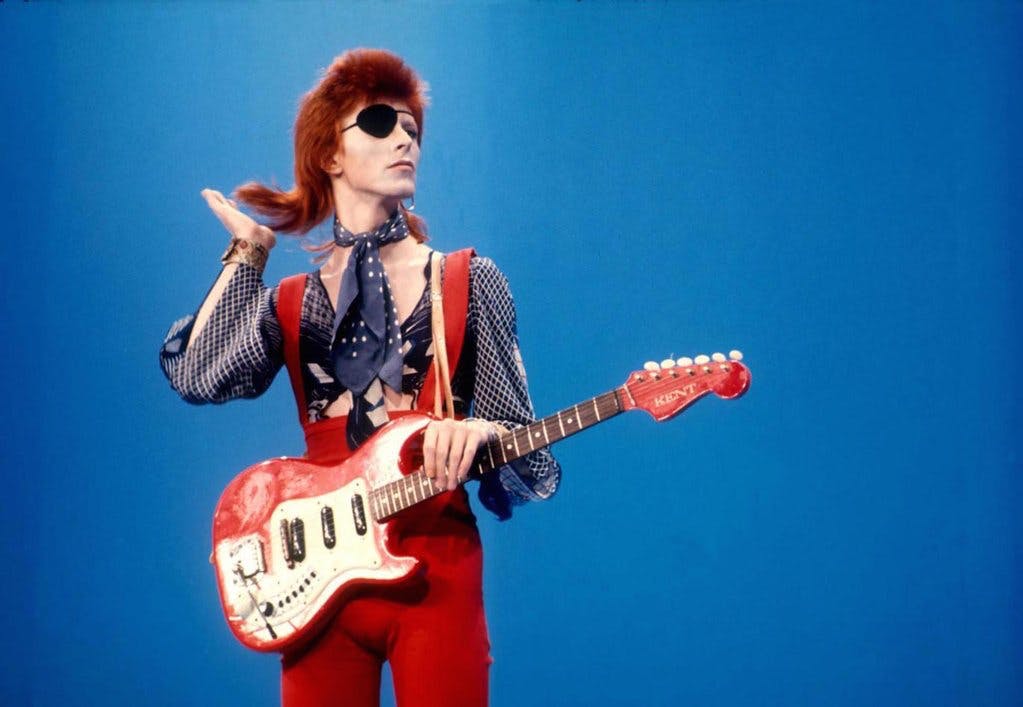 Purnell is a musician (The Younger Lovers, Gravy Train), author (The Cruising Diaries), and punk icon. He chatted with the Daily Dot via Facebook.

I remember being 12 or 13 and watching VH1 “my generation” or something like that and first seeing the old Bowie videos and being just like “WHAT THE FUCK?!?!?”

I guess it kinda augmented the whole queer punk transformation I was about to go under just a year or so later.

But I mean even with all this “acceptance” we have now don’t you think it’s funny that there’s like no one cooler than Bowie still? Like where they at?

I was like 13 or 14 when a classmate told me that David Bowie, Mick Jagger and like Iggy Pop had a gay three-way thing.
For me at that time, there was RuPaul and then David Bowie—I can’t really think of who else exists in that pantheon, of when I was younger. I guess they must have given me some kind of hope… I never really thought about it before.

Samson is a musician (Le Tigre, MEN) and DJ who has addressed her own non-binary presentation by saying “It’s just gender—it’s just whatever.” JD was rushing to work on Monday but was able to send the Daily Dot a very short statement on Facebook.

I wish I could just send you my feelings.

That would be the only way to show you what’s happening inside.

Smith is a renowned musician and backup singer who crossed paths with David Bowie in the course of his career. He sent a statement via email.

Here’s to artists that inspire. There aren’t many envelope pushers or risk-takers on the frontline of music today smart enough to envision something wonderful, bold enough to see it through, and charismatic enough to take us along for the ride.
Here’s to being genuinely fascinated—and not because a marketing department tells us to be, but because of immense talent. I hope Bowie’s death makes people hungry for that. One can only stomach so much fast food. 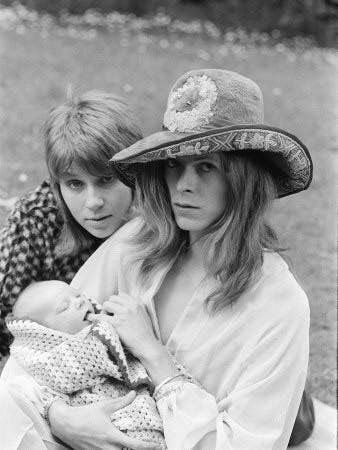 Texas-based J. Rogue is an editor of the book Queering Anarchism. She was interviewed by email.

Growing up in a conservative environment, David Bowie was the first person I was ever aware of whose gender was, well, queer.
I remember seeing him on television and being fascinated by the possibility of being something other than a “manly man” or a “girly girl.” He is one of the few musicians I have loved for as long as I can remember.

As a female-assigned, raging tomboy child with a love for G.I. Joe and My Little Pony, football and glitter, Bowie unknowingly gave me comfort when my gender fluidity was confusing and scary for me. As someone who felt like an outsider, hearing his voice on the radio made me feel like there were other people out there who maybe felt the same way as me, and helped me find those people, too.

Espiritu is an out bisexual actress who has appeared on television shows like E.R., Bones, Gilmore Girls, and Trauma. She sent a statement via email.

Bowie made me feel okay with my weirdness and being okay with letting my freak flag fly.

But not in a dark way. It’s more like a “change the world, there is magic everywhere, love is all around me” kind of way. Rest in powerful peace, Mr. Goblin King

Shackelford is a transgender woman whose transition over the course of a decades-long marriage was the subject of a recent Cosmopolitian feature. She sent the Daily Dot a statement via email.

I feel I’ve lost an icon today. David Bowie helped me take my first step in my journey to become the woman I am today, part of the journey was first identifying as gender queer prior to transgender. He played a major role in that step. Thank you for all the great music and inspiration to the LGBT community as a role model that it’s perfectly ok to be your true self.

Sailors is a boundary-pushing androgynous woman who primarily works as a male model for companies like H&M. Sailors emailed a statement to the Daily Dot.

The world is forever altered by the ferociousness with which David Bowie surpassed the boundaries of gender and sexual expression—at a time when the world was not giving the space he became the clearing. No one has had a greater impact on queer culture than David Bowie.

Correction: A previous version of this article mischaracterized a quote provided on behalf of Xavier Smith.

Photo via Marc Wathieu/Flickr (CC by 2.0) | Remix by Max Fleishman